Affected by the epidemic control, the operation of textile enterprises has worsened. In some areas with greater pressure on epidemic prevention and control, it is even expected that the operating rate during the May 1st period will continue to drop significantly. Apparel companies are generally faced with problems such as order cancellation, delayed delivery, and difficulty in signing new orders, and the autumn and winter order fairs are also difficult to hold.

However, Southeast Asian countries led by Vietnam have loosened restrictions one after another, and the economy has begun to recover strongly. The orders of down jacket manufacturers are enough to wait until September, or the total amount of orders received has exceeded last year's total shipments. With the slow recovery of foreign orders, grey duck down and grey goose down rose slightly.

The epidemic also has an impact on the duck breeding industry in Shandong. At present, the logistics of duck feather raw materials is not smooth, and the Yinan area has once again stopped stocking duck seedlings. Down factories in Lu'an, Wuhu, Anhui, and other places of down distribution have experienced short-term shutdowns due to the severe epidemic.

In general, the down market this year has been affected by many uncertain factors.

General Administration of Customs: The growth rate of imports and exports fell in March, but the quarterly growth was positive year-on-year

my country's foreign trade import and export continued its growth momentum, maintaining positive year-on-year growth for seven consecutive quarters. The first quarter of this year increased by more than 10% year-on-year, achieving a "stable start" and laying a good foundation for achieving the annual goal. 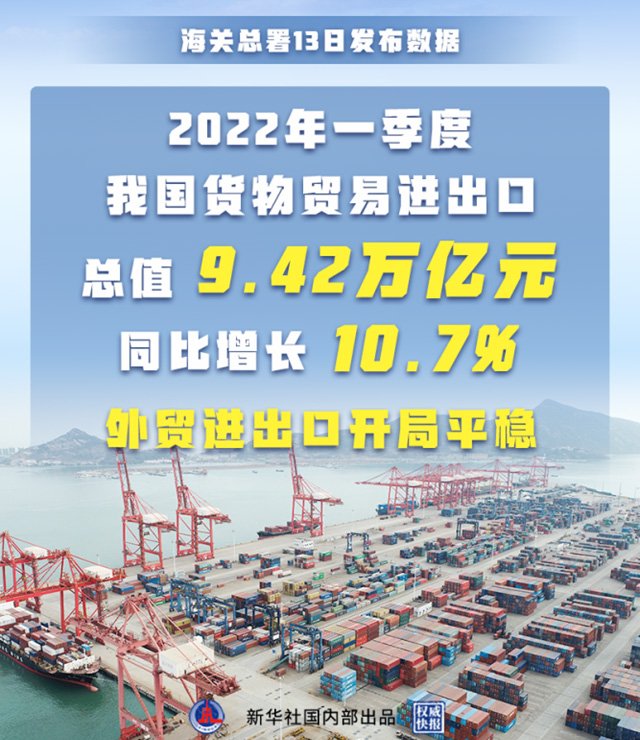 In addition to factors such as last year's high base, from the monthly situation, the overall growth rate of imports and exports has declined. It should be said that there are many favorable and unfavorable factors affecting the development of China's foreign trade. The fundamentals of my country's economic resilience and long-term improvement will not change. While facing the difficulties and challenges, we must also firmly stabilize the confidence in the fundamentals of foreign trade. .

According to customs data, since the implementation of RCEP in the first quarter, my country's export enterprises have applied for RCEP certificates of origin and issued 109,000 certificates of origin, with a value of 37.13 billion yuan, and can enjoy a tariff reduction of 250 million yuan in importing countries. The main commodities are organic chemicals. goods, plastics and their products, knitted or crocheted clothing, etc.

Benefited from the strong ordering force of brand customers, Guangyue, a major down jacket manufacturer, consolidated revenue of 946 million yuan in March, hitting a new high in the same period, and YOY increased by 80.83% year-on-year. The operating results in the first quarter of 2022 have broken through the past off-season cycle, and the market is optimistic that the 2022 results will have the opportunity to challenge new highs.

The main customers of Guangyue include sports brands Adidas, Nike, UA, NB and outdoor brands The North Face, Patagonia, Helly Hansen, Aritzia, etc. The epidemic has affected the supply chain of the garment industry, and manufacturers who can respond quickly are favored by brand owners to expand orders. 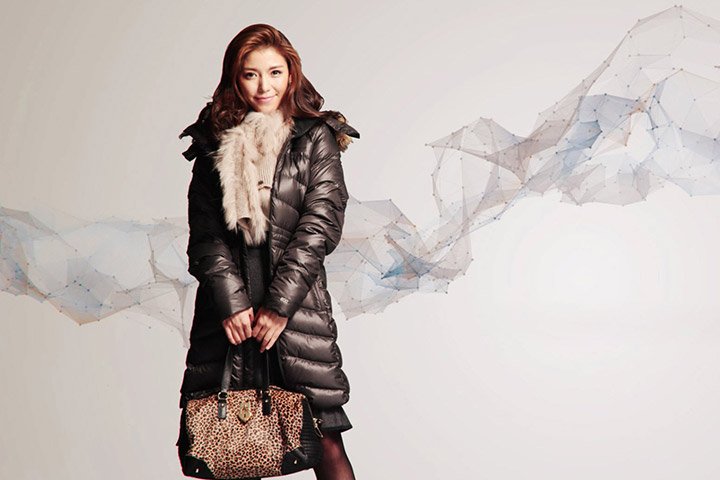 Wu Chaobi, general manager of Guangyue, said that most of the brand customers have strong demand for orders. Although it was slightly affected by the Russian-Ukrainian war, the growth trend of brand customers' orders remained unchanged.

At present, Guangyue's orders and shipments are expected to continue to boom, and the visibility of orders has reached September. This year's operation should have the opportunity to challenge the record high. In the post-epidemic era, the momentum of orders placed by well-known brands around the world continued, and the financial figures announced by the Guangyue brand customers Nike and Lululemon were better than market expectations.

The first quarter was originally a traditional off-season for Kwong Lung, but the ready-to-wear sector was particularly hot in the first quarter of this year, with shipments increasing by 47% compared to the same period last year. The total number of orders received so far has surpassed last year’s total shipments and is still increasing. , of which the US brand customers have a high growth rate of 62%. 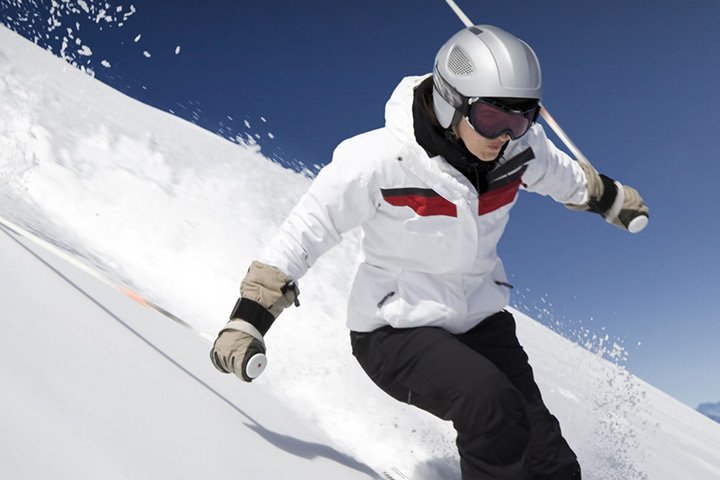 Kuang Lung's down division also contributed an annual growth of 12.4% in the first quarter of this year. After going through the adjustment pains of industrial transformation and destocking, Guang Lung has clearly stabilized and is getting better, and this year, the primary goal is to recover the basic double-digit gross profit margin.

For the second quarter, Guanglong is still optimistic about the revenue growth momentum of ready-to-wear and down, and is expected to continue to challenge new records for the same period.

The "Regional Comprehensive Economic Partnership" (hereinafter referred to as "RCEP") was implemented on January 1, 2022, marking the official launch of the world's most populous free trade zone with the largest economic and trade scale and the most development potential. 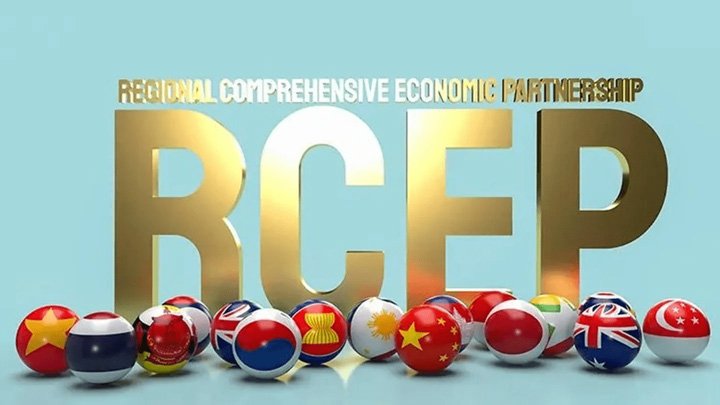 At present, except for Singapore, which is exempted from customs duties on all originating goods under the agreement, among the remaining ten ASEAN countries, the countries that have adopted an "immediate reduction to zero" import tariffs on Chinese down are the Philippines, Malaysia, Myanmar, Thailand , Indonesia, Vietnam, and Brunei. 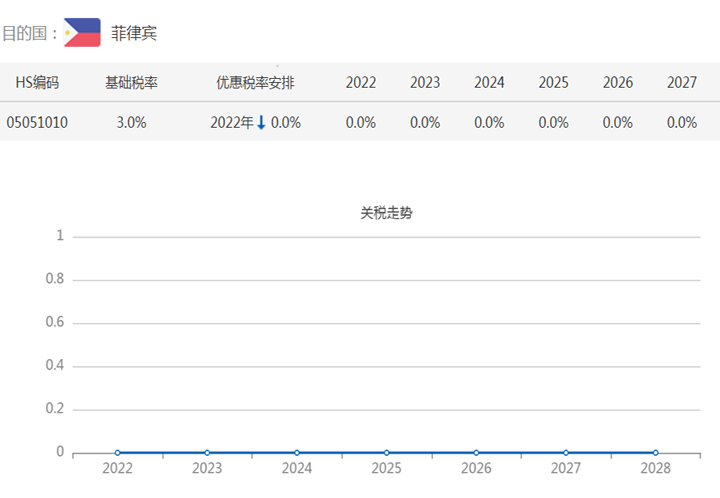 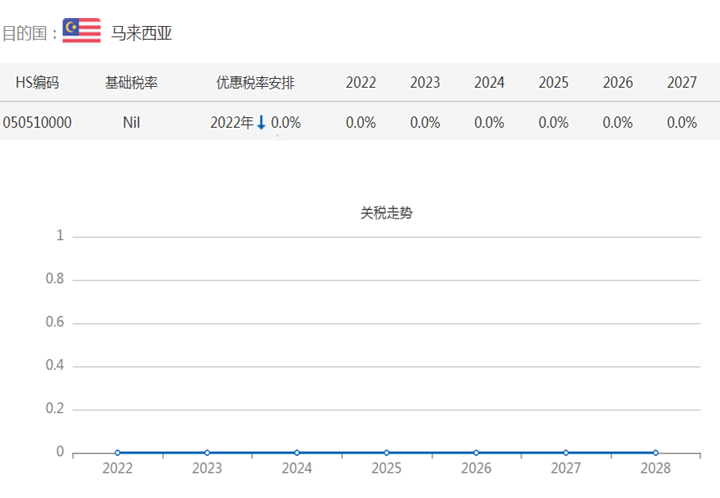 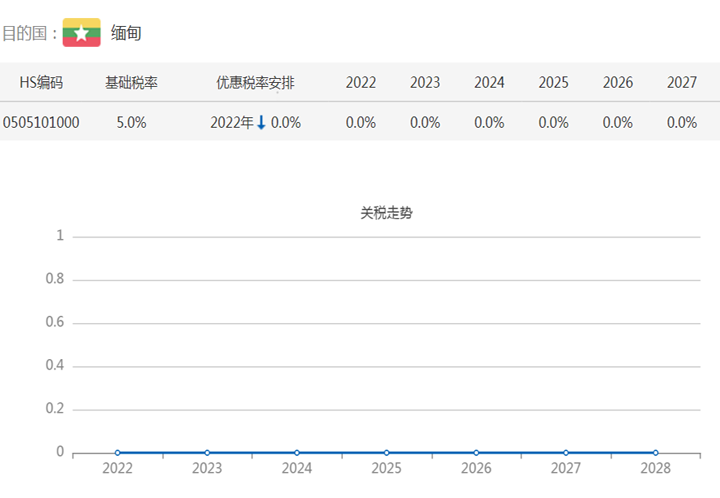 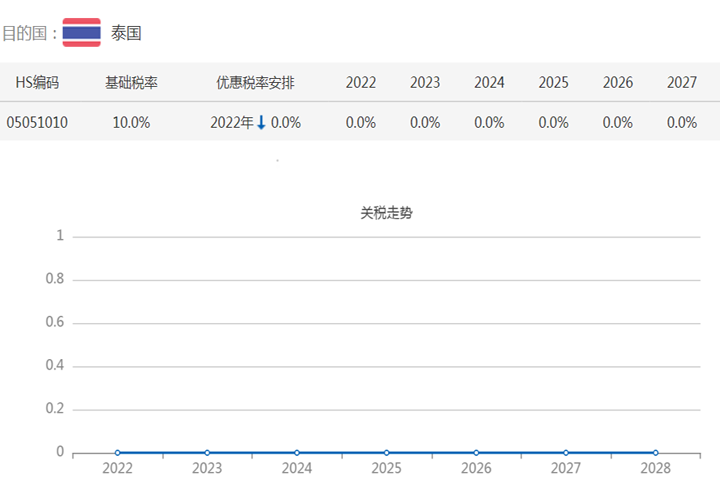 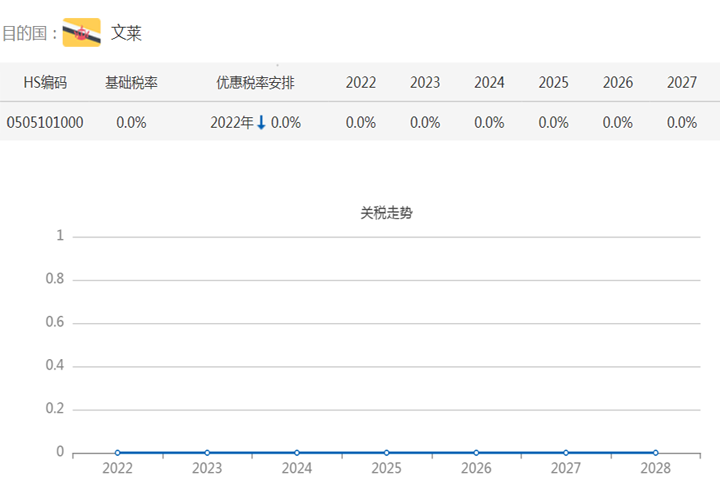 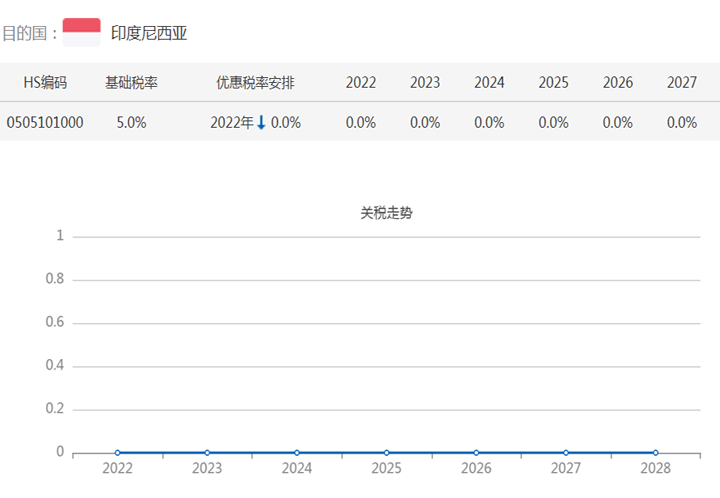 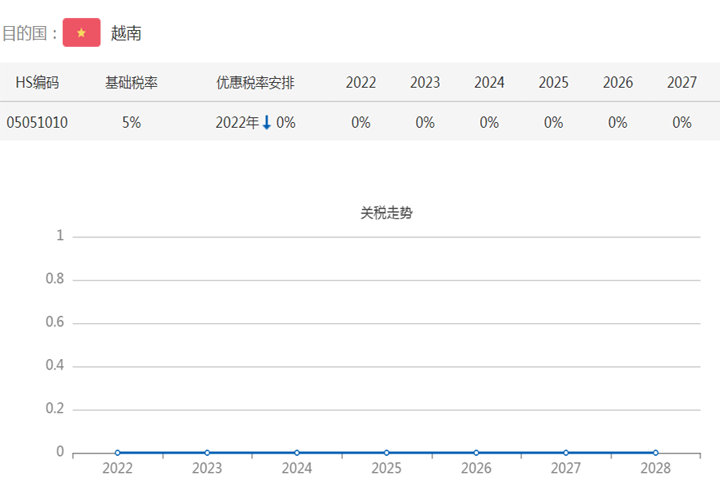 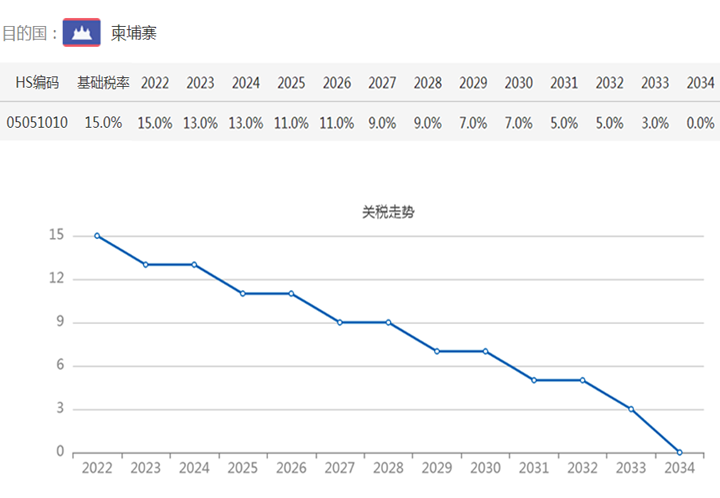 In addition, the ASEAN countries that have adopted the "transition period to zero" import tariffs on Chinese feathers include Cambodia and Laos.

From 2023, Cambodia's import tariff on Chinese down will be reduced from 15% of the basic tax rate to zero with the trend of "reduction by 2% every two years, 3% for the last time, and 13 times". 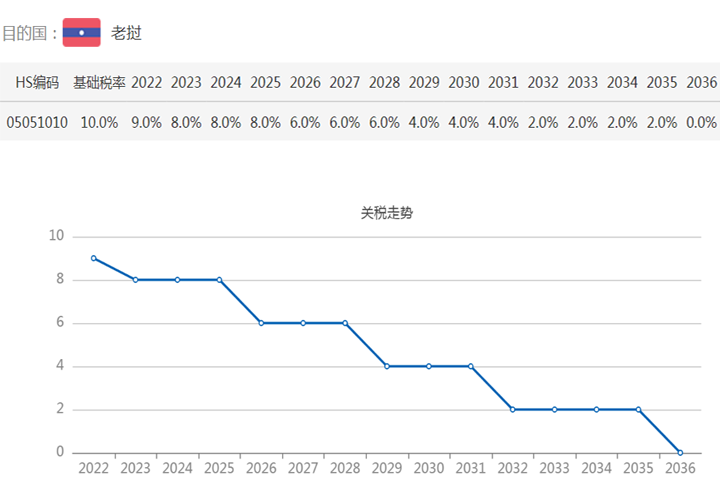 The import tariff of Laos on Chinese down will be reduced from 10% of the basic tax rate to 9% in 2022, and thereafter, it will be gradually reduced to zero with the trend of "2% reduction every three years in 15 times".

From the trade data of the first two months, it can be seen that there has been a certain trade expansion effect, but it is not very obvious. However, as the situation develops, the growth of trade within the RCEP region may expand.

Under the strong epidemic situation, Shanghai Fashion Week is postponed, and the order fair is looking for a way out

Since the launch of a new round of nucleic acid screening in Puxi on April 1, the whole of Shanghai has completely entered a state of closure, and when the ban will be lifted is still full of uncertainty. "Unlimited extension". 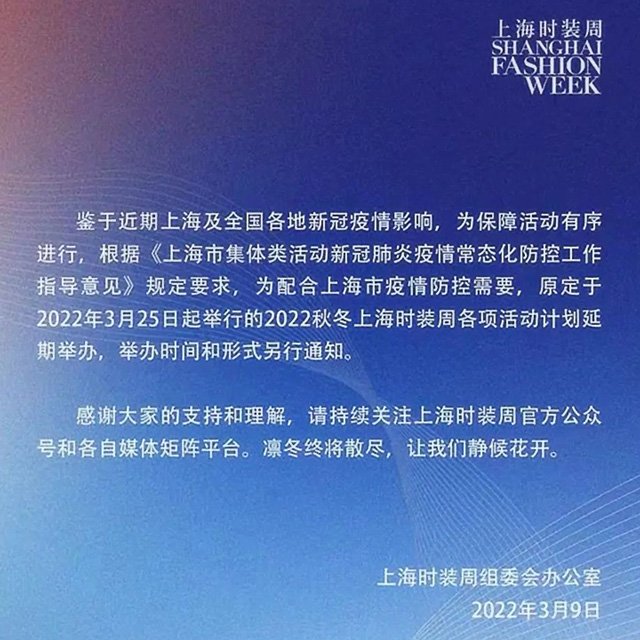 But the fashion industry has a strong seasonality. The postponement of the fashion week is likely to cause the goods of the brand and the buyer's store to be unable to be sold in the store in the season, which will reduce the income of the whole season.

For many brands, if they do not have access to channels, they will not be able to carry out the production of large-scale goods in the later stage according to the buyer's order.

For the buyer's store, the action of placing an order usually occurs during a close-up observation at the order meeting and after touching the sample garment.

Showroom can be commonly understood as a commodity showroom/showroom, which is one of the golden shortcuts for brand commercialization. It provides high-quality, fast and accurate selection, ordering and business docking services for brand stores, and is also an especially important partner and source channel for fashion buyers. 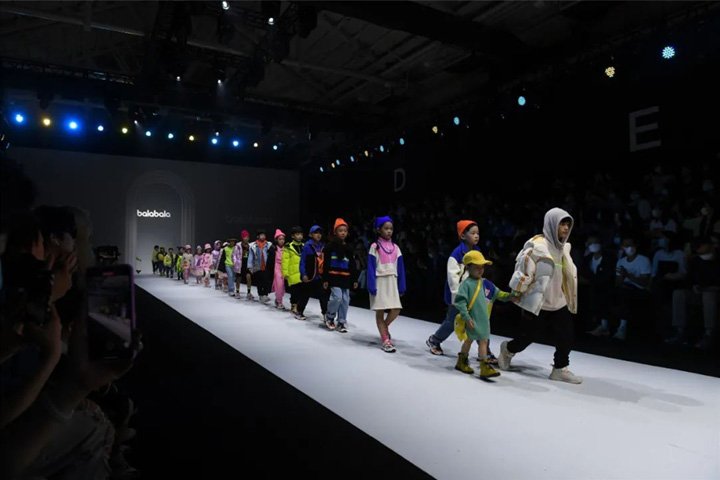 In order to reduce the impact of the epidemic on business, many showrooms rushed to the shelves and insisted on presenting this season's "fashion week" online. In addition, a number of brands revealed that the release of the new season will also be changed to the form of online videos or pictures.

However, compared to offline order fairs, live or video formats limit the number of brands and buyers who can see each other. Also, because clothing involves fabric texture and upper body effects, it is difficult to replicate the same experience across the screen. A little carelessness can easily affect the buyer's willingness to place an order.

It is understood that the 2022 autumn and winter Shanghai Fashion Week planned to use the Winter Olympics fever, combined with outdoor, ice and snow clothing and other fields to do topic planning, and undertake a wave of "spillover effects" from the Beijing Winter Olympics. 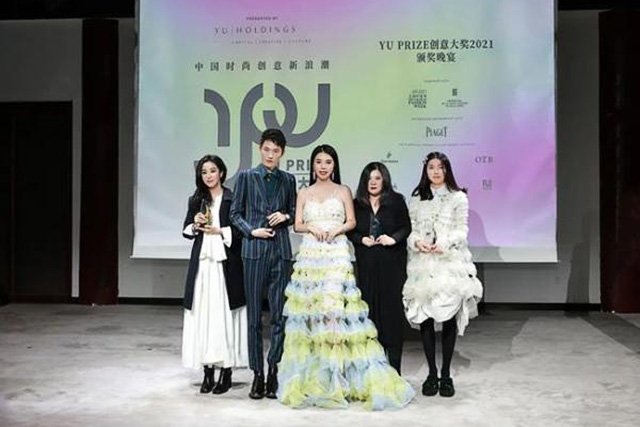 On the Shanghai Fashion Week show in previous seasons, you can see the launch of joint series such as Canada Goose x Angel Chen and Balabala x CHENPENG.