Weekly Quotes | The butterfly effect caused by the epidemic is everywhere. The industry enters a "cold winter" in the traditional peak season

April was supposed to be the traditional peak season of "gold three silver four" in the textile and garment industry, but the butterfly effect caused by the epidemic is everywhere. Not only textiles and clothing, but also many other industries have also fallen into an "unprecedented winter". The inventory brought by slow sales will lead to tightening of liquidity and hinder the purchase of autumn and winter, which can be said to affect the whole body.

The domestic downstream product market is "frozen", which makes the down raw material market sluggish, and the European economic growth is affected by the Russian-Ukrainian war, which may also affect my country's foreign demand orders. Fortunately, Southeast Asian countries have resumed the production capacity of down garments.

The control measures started in the middle of last month have affected the transfer of ducklings, and the further impact of this situation is about to begin. The trend of sharp decline in meat duck production is happening, which supports the confidence of upstream companies in the down industry.

Wednesday:Prices of all categories have fallen

Japan cuts import tariffs under RCEP for the second time, down bedding cut to 3.3%

On April 1, Japan lowered its import tariffs for the second time under the Regional Comprehensive Economic Partnership (RCEP), and began to apply the tariff rates under the second year of the RCEP Japan Tariff Commitment Schedule.

According to Japan's commitment in RCEP, Japan will implement the first tariff reduction on the date of entry into force of the agreement (January 1, 2022), and the next tariff adjustment will be carried out on April 1 of that year thereafter.

For duvets exported from China to Japan, the tariff has been reduced from 3.8% of the basic tax rate to 3.3%. Since the entry into force of the agreement, the tariff of products under this tariff number will be reduced in 16 equal proportions each year, and will be reduced to 0 after 16 years. 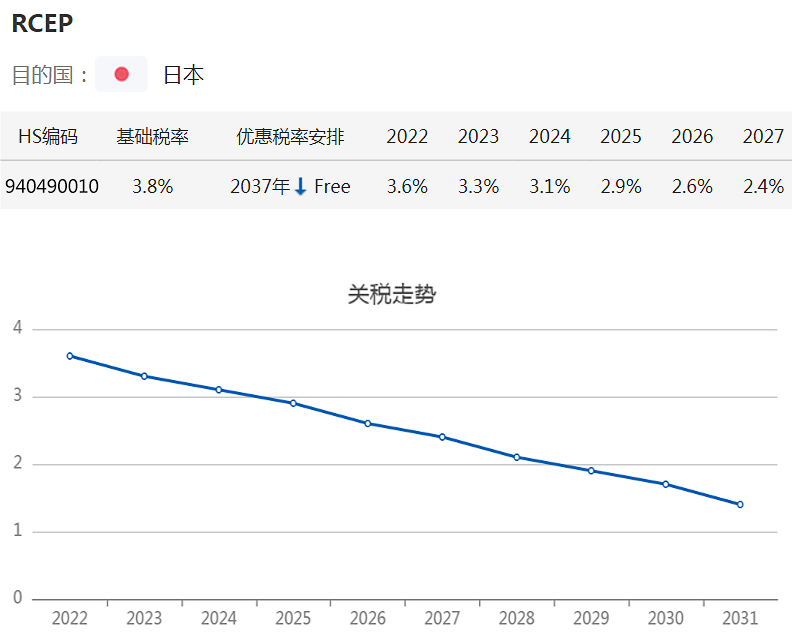 For duvets exported from the remaining RCEP member countries to Japan, South Korea’s tariff was reduced to 3.6%, while ASEAN, Australia and New Zealand were 0.

For sleeping bags exported from China to Japan, the tariff has been reduced from 3.8% of the basic tax rate to 3.1%. Since the entry into force of the agreement, the tariff of products under this tariff number will be reduced in equal proportions 11 times a year, and will be reduced to 0 after 16 years. 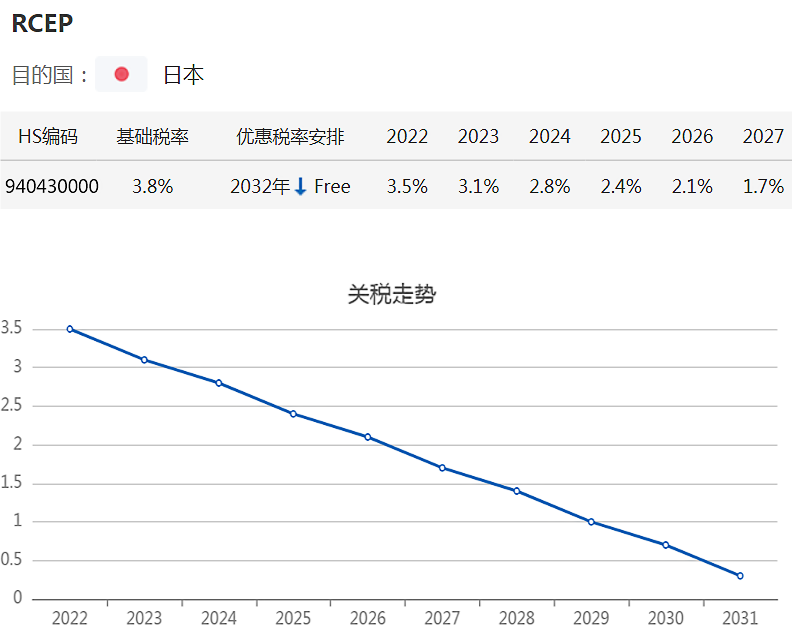 For the chemical fiber coats (ski suits, etc.) exported from China to Japan, the tariff is reduced from 9.1% of the basic tax rate to 8.0%. Since the entry into force of the agreement, the tariffs of men's and women's clothing will be reduced in equal proportions every year, and will be reduced to 0 after 16 years. 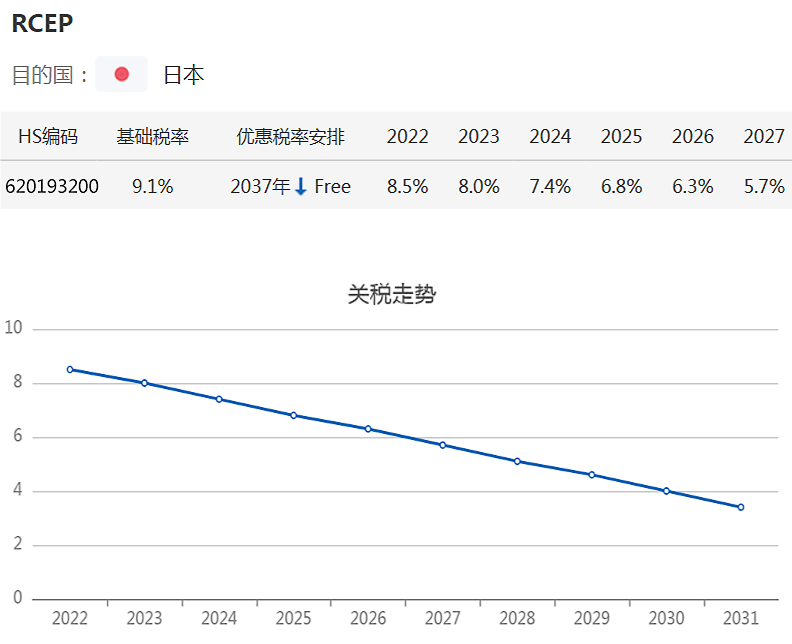 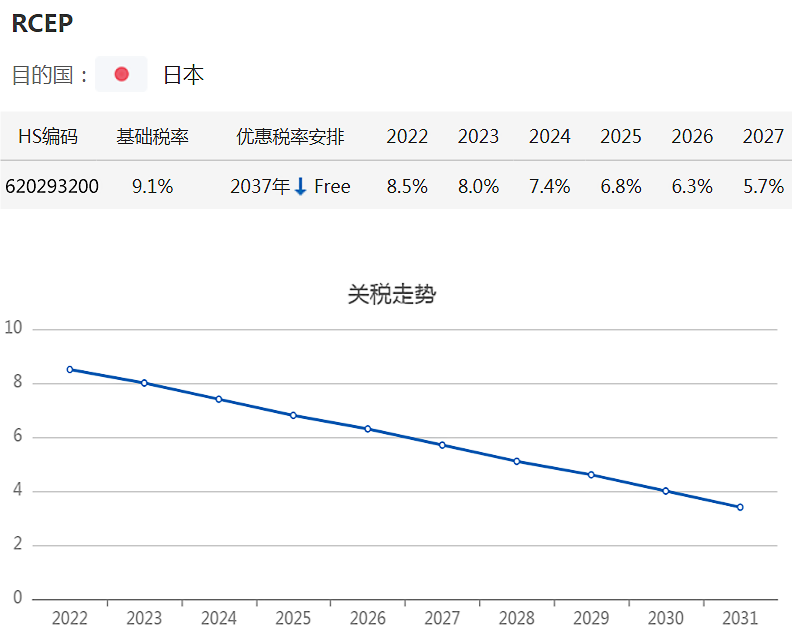 As for down and feathers exported from China to Japan, the tariff has always been 0, so it is not affected by the tariff reduction.

Japan has always been China's main exporter of down and products, and its export value ranks among the top. In 2021, my country's down industry exports to Japan US$319 million, a year-on-year increase of 10.3%. In the first two months of 2022, the export situation of my country's down products to Japan is not ideal, and this tariff reduction may bring about a turnaround.

Chongqing opens a direct freight train to the Indian Ocean, the export of western down will have great potential

With the entry into force of RCEP, the international trade between Chongqing and ASEAN countries has become more and more frequent. The opening of this cross-border railway train has added a convenient "southbound channel" for products in the western region. Previously, most of the goods in the Sichuan-Chongqing region were transported eastward to Shanghai and other ports, and it took about 20 days to reach Vietnam, which was time-consuming and the risk of goods loss was high. Now with the opening of cross-border railway trains, the freight time from Chongqing to Vietnam will be shortened to 4-5 days, and the freight efficiency will also be greatly improved.

On April 2, the China-Myanmar-India international intermodal train started smoothly. The route of the train also starts from Chongqing, China, transits Laos and Thailand, and finally arrives in Yangon, Myanmar. Facing the Indian Ocean, Yangon is the largest port in Myanmar and one of the largest in Southeast Asia. The passage of the China-Myanmar-India route signifies that Chinese products can also reach the Indian Ocean through this route, thereby being transported to various ASEAN countries. This will help improve the opening-up pattern of western China and bring new impetus to the economic growth of the western region.

According to customs data, in 2021, Chongqing's total import and export trade will be 800.06 billion yuan, a year-on-year increase of 22.8%. Among them, the trade volume with ASEAN is the largest. Among them, Chongqing exported 189.2 tons of down and feathers, with an export value of 1.736 million yuan. The main exporting countries were the Czech Republic, Italy, South Korea and Germany. 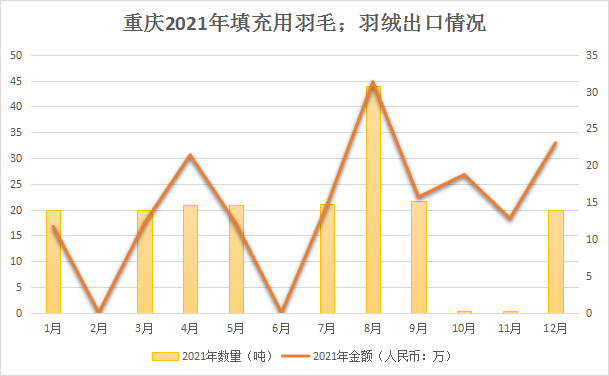 Vietnam, Thailand and Myanmar are all countries that have a large demand for high-quality filling down, so the opening of the new shift will undoubtedly bring business opportunities to the down export trade in the western region.

On April 6, Henan Province held the fourth phase of the "three batches" project construction activities working meeting, and the activities were carried out in a combination of online and offline methods. 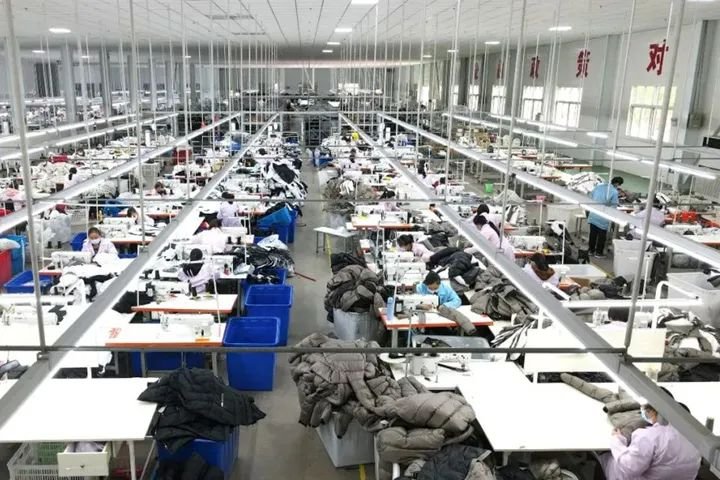 After the meeting, a ground-breaking ceremony was held at the site of the "started a batch" activity in Ningling County. The leaders at the meeting laid the foundation stone for the Donglong Shangqiu Garment Co., Ltd.'s annual output of 7 million pieces of down jacket processing project.

After the foundation stone laying ceremony in Fanxian County, the participating leaders visited the Longgang Down and Down Products Company in Henan Province, a project of "production a batch", and listened to the introduction of the project leader.

Japanese high-end children's brands accelerate the expansion of the Chinese market, children's down jackets sell for more than 10,000 yuan

Kimura Hiroichi revealed that from the current sales performance, "the Chinese market has grown significantly. Although the sales of gifts in Japan have remained stable, we should not expect too much." 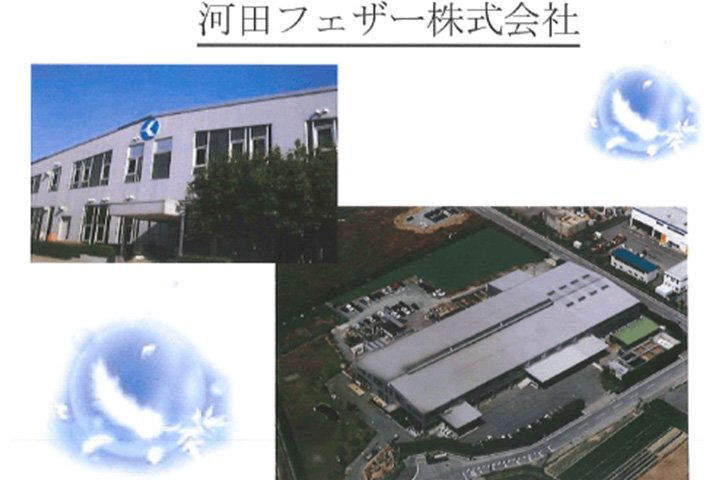 Previously, three firms held the 2022 autumn and winter exhibition, and miki HOUSE announced a new product line, Golden Label, aimed at affluent customers. One of the down jackets was priced at 220,000 yen (about 11,500 yuan). 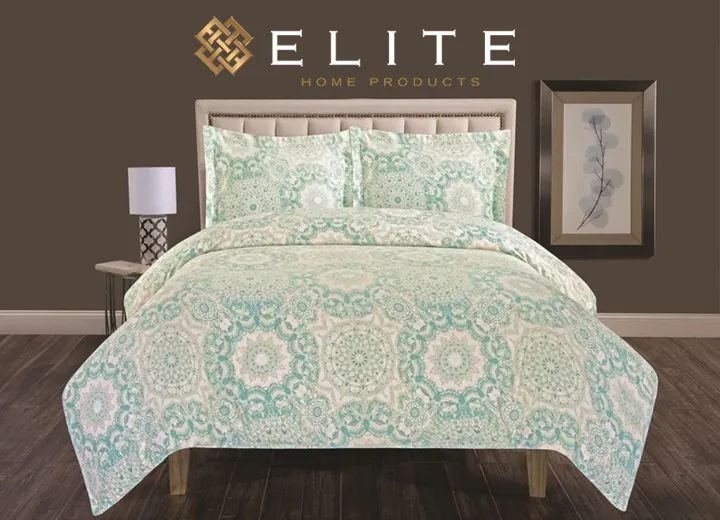 Court documents show that a number of foreign suppliers were owed money by the company and became unsecured creditors. For now, the company's website is still available and doesn't show any information about the bankruptcy.

The two suppliers owed the most are from India, both exceeding $1 million. Two companies in my country's Nantong and Shaoxing Keqiao are also on the list of the top 20 creditors, but the amount is relatively small, not exceeding US$300,000 each.

The "darkest moment" of the supply chain has not yet arrived, and the negative impact of the Russian-Ukrainian conflict has increased

The heightened negative impact of the Russia-Ukraine conflict could lead to slower global growth and faster inflation in 2022. The latest shock will fall on Germany, which is heavily reliant on energy suppliers from Russia and across Eastern Europe.

Germany's business confidence index posted its biggest monthly drop on record in March, factories across Europe are facing shortages of diesel and parts, and the time it takes to transport goods through major North Sea ports such as Bremerhaven is extending.

"Multiple industries rely on the same raw materials, and a large part of it comes from Russia. You can see that the already struggling global supply chain system is suffering a huge knock-on effect," said the CEO of Supply Chain Risk Management. 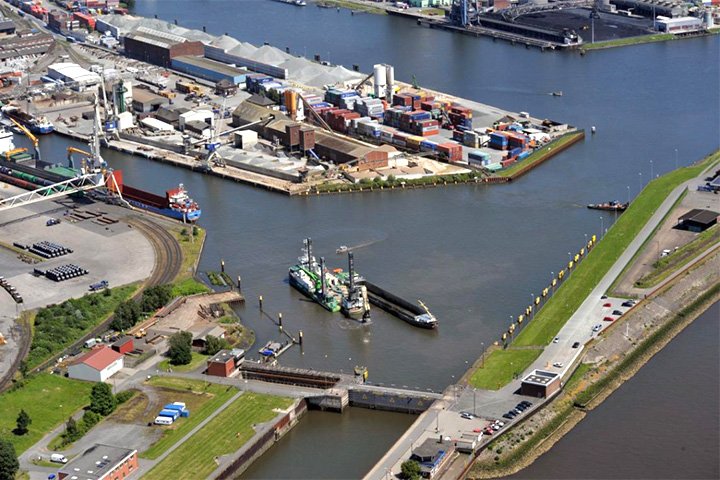 In the second half of last year, spot prices for a 40-foot cargo container from Asia to the U.S. averaged more than $10,000, about seven times pre-pandemic levels. Freight rates have fallen in recent weeks, but experts say this may reflect a seasonal lull before demand and costs for transport rise again. On the other hand, weakening demand represents the possibility of economic downturn.