t present, the down and feather trading has not yet opened, so there is no quotation for now, and it is expected to start after the fifteenth day of the first lunar month.

Driven by the Spring Festival and the Winter Olympics, down clothing has experienced a short-lived hot sale. Now, as the weather turns cold again, it may allow the unsalable winter clothing inventory to continue to be shipped.

After the holiday, the price of duck seedlings continued to rise, and the slaughterhouses gradually returned to normal, and the opening of duck products also ushered in a good start. However, considering the epidemic, the supply of superimposed pigs and chickens is sufficient, and the upward space may be limited.

A wide range of rain and snow will cool down, and it will be cold in February to the end of the month

After many places in Northeast and North China ushered in a "climax" of warming, there will be another round of cooling process in the north, and the temperature will drop to freezing point or below again. In the south, the rainy and snowy weather is difficult to rest, and the temperature is relatively low.

From the 11th to the 13th, the large-scale rain and snow weather will be the largest since this winter, and the 34 provincial-level administrative regions across the country are no exception.

According to the supercomputer's prediction of the situation field on February 20, a sub-center of the Arctic vortex on the Eurasian continent will slowly move southward to the vicinity of the Greater Khingan Mountains in my country. As a "cold BOSS", the arctic vortex will bring stronger cold air to the south in person, and it is not ruled out that there will be a cold wave! 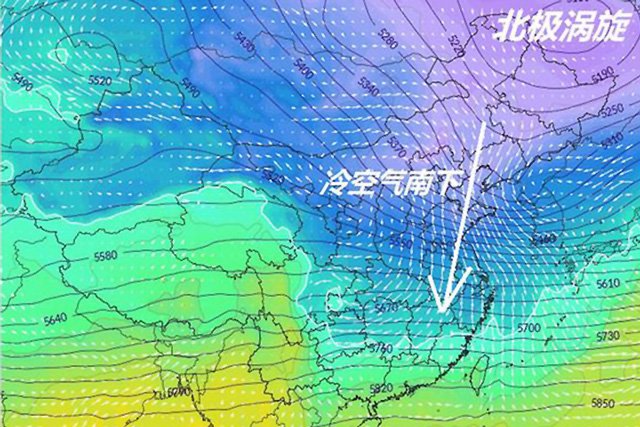 The medium-term weather forecast of the Central Meteorological Observatory pointed out that in the middle and late February, the process of cold air in my country is still frequent, and the central and eastern regions are more cloudy, rainy and snowy. Affected by this, the average temperature in most parts of my country is 1-3°C lower than the same period of the previous year.

This February, our country may be cold until the end of the month. Analysis of data from the China Meteorological Administration pointed out that as of February 7 this winter, areas with high temperatures across the country began to shrink.

The temperature in most of the south has been basically close to the same period of the year, and some areas have even started to get colder. 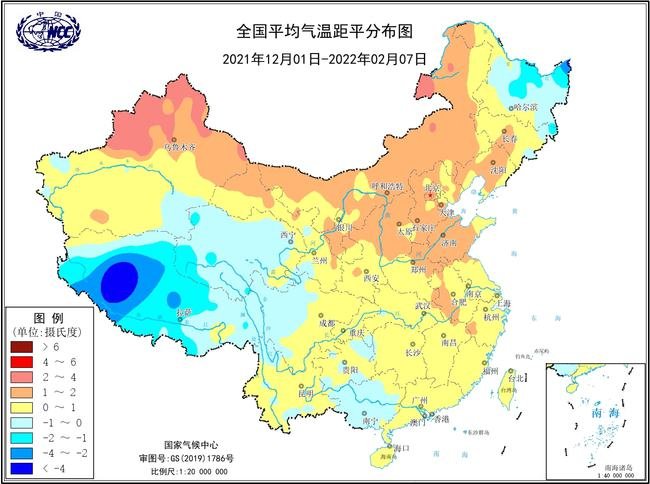 In the case of "cold to the end" in February, the average temperature anomaly in this winter may be further approached to a negative anomaly. It can be said that there is still suspense whether this winter is a cold winter or a warm winter.

The opening ceremony of the Winter Olympics became a "large-scale promotion site for down jackets" netizens called "buy, buy, buy"

At 8 pm on February 4th, the 24th Winter Olympic Games opened in Beijing. During the admission of each delegation, many netizens noticed the down jackets with their own characteristics, and they all shouted "this is the down jacket fashion award".

Netizens said, "After the opening ceremony of the Winter Olympics, everyone started to buy these down jackets!" 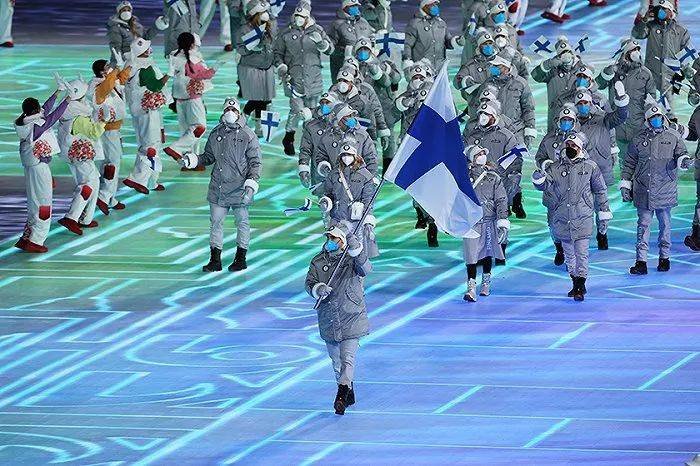 There is also a Finnish down jacket, which is called the same style as a penguin by netizens, because when Finnish athletes wear it, it looks like a little penguin! This down jacket comes from ICEPEAK, a sports fashion brand in Finland. With its innate ice and snow sports genes, it has been committed to promoting the development of winter sports.

But the most outstanding is the lululemon of the Canadian Winter Olympics team. The activists have started the buy-buy-buy mode, and the series of products priced between 68 and 448 Canadian dollars were quickly sold out, and the official website of lululemon Canada also crashed several times. 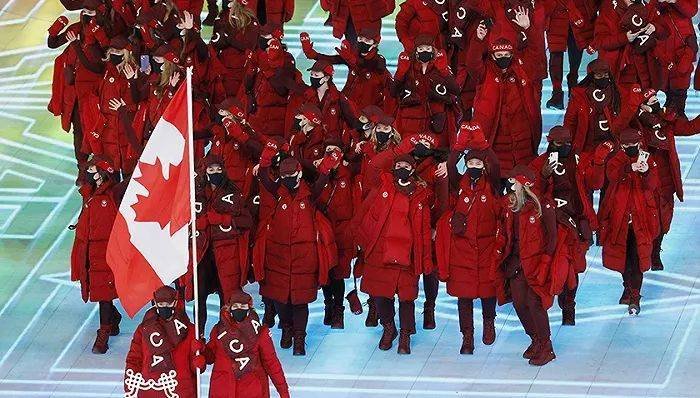 Alibaba's "Spring Festival Consumption Trend Report for the Year of the Tiger" released by Alibaba shows that the "Winter Olympics Opening Ceremony China Team Down Jacket" was on Taobao's hot search, and the sales of down jackets in the official flagship store of Anta Tmall increased significantly from last week, and many netizens opened up Watch the live broadcast and buy the same model.

With the easing of the global epidemic, the apparel consumer market has gradually returned to normal, the demand for terminal brands is strong, and the momentum of placing orders has increased. Orders for the third season have begun. On the 9th, Guangyue, the second largest manufacturer of down jackets in the world, issued an announcement saying that the revenue in January was 1.096 billion yuan, an annual increase of 82.74%, setting a new record for the same period over the years. General Manager Wu Chaobi said that orders are strong, and the Q4 off-season has become the first peak season in history, so there will still be an annual growth of 6.77% in 2021.

According to the company of Guangyue, the inventories of Nike, Adidas, UA, NB, The North Face, Patagonia, Helly Hansen and other brand customers have dropped to new lows. Coupled with the La Niña phenomenon, the global cold weather has been reported in North America, Europe and Asia one after another. With the assistance of the opening of the Beijing Winter Olympics, Guangyue's revenue in 2022 will have the opportunity to challenge a record high. 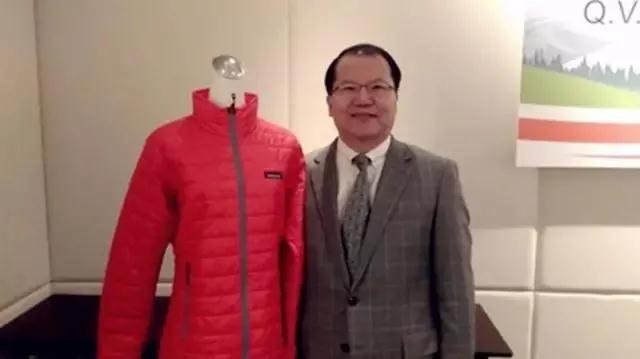 Guanglong's garment revenue in January increased by 45.8% year-on-year. The legal person estimates that the revenue in the first quarter will start with a nearly multiple growth, which will lead Guang Lung to usher in the most prosperous first quarter in history. Guanglong pointed out that ready-to-wear orders are optimistic this year, and last year's deferred shipment bonus effect has made the production line in the first three quarters of this year nearly full.

Guanglong said that garment orders with higher gross profit received more orders this year than in previous years, and it is expected that the proportion of total revenue will exceed 50% for the first time. Optimistically, operations in 2022 will be better than last year, and double-digit growth should be no problem.

With the variables still in the port, it has become a short-term normal for customers to pull goods in advance, and the optimistic situation of Guangyue and Guanglong will inevitably affect the export situation of my country's down.

After RCEP officially takes effect in Korea, what are the new business opportunities?

After the RCEP comes into effect in South Korea, the economic and trade relations between China and South Korea will be closer, and the final zero-tariff products between the two countries will reach 86%. At present, textiles, garments, luggage and other products are all included in South Korea's tax reduction list for my country. In particular, the tax rate for down jackets will be directly halved from the basic tax rate, from 13% to 6.5%. 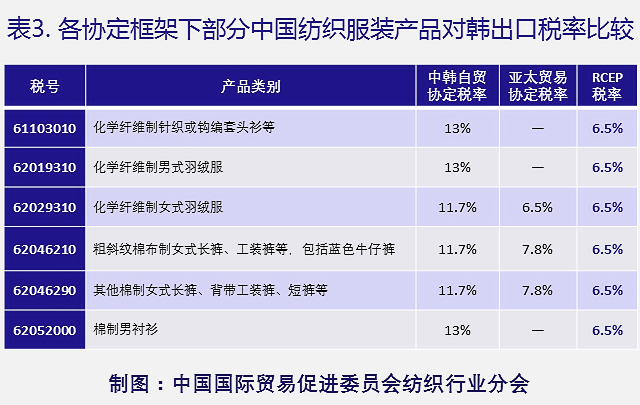 In terms of cross-border e-commerce, Korean women (64%) are more likely than men (36%) to make cross-border purchases, and the main product categories include household goods, clothing and fashion. 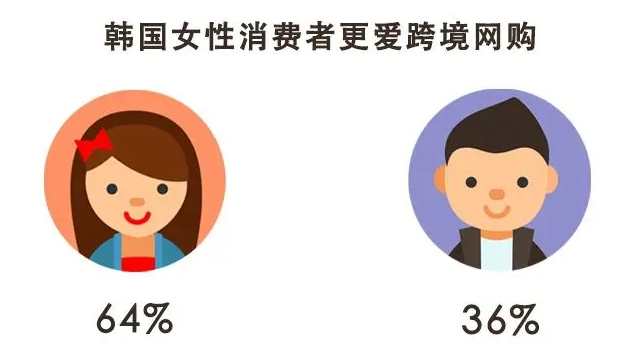 In a recent consumer survey, 24% of Korean online shoppers believed that the speed of logistics was a key factor influencing their online shopping decisions. Due to the small size of the country, the domestic time limit in South Korea is generally no more than 3 days on the next day or at the latest.

After the RCEP officially came into effect for South Korea, the customs clearance speed was faster. For example, products that used to take a week to arrive in the hands of Korean customers can now enjoy six-hour fast customs clearance and can reach South Korea in just three days.

Korean brands were exposed to over 20 times the premium of down jackets, raising suspicion of "IQ tax"

Recently, Korea E-Land Group was imposed an administrative penalty by the Beijing Xicheng District Market Supervision and Administration Bureau because the product quality did not meet its express implementation standards.

The punishment information shows that Yinian (Shanghai) Fashion Trading Co., Ltd. entrusted Dandong Xiangteng Clothing Co., Ltd. to produce 80 down jackets in July 2021. In September, 9 of them were sold at some department store counters in Beijing. It is said that the cost price of this batch of down jackets is only 75 yuan per piece, but the counter price is as high as 1598 yuan per piece, and the tag premium is as high as 20 times. As of November 3, 2021, a total of 2 pieces of these down jackets have been sold, with a total sales of 2,237.2 yuan (sold at a 30% discount), of which 1 piece was sold for random inspection.

Once the punishment information was released, discussions on the topic of "75 yuan cost 1598 yuan price" quickly grabbed the hot search list on Weibo and Baidu. 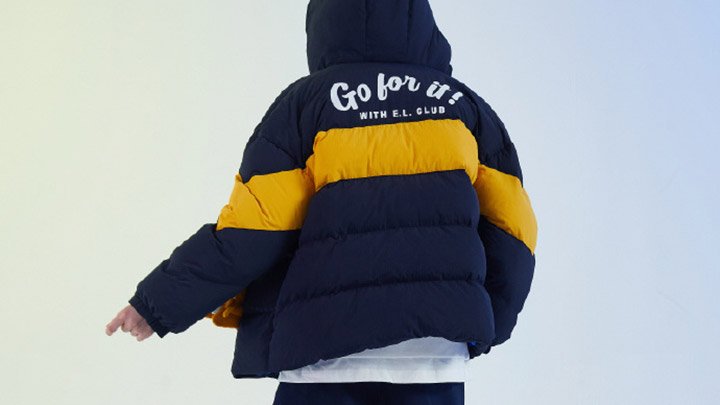 In addition to expressing strong dissatisfaction with Yilian's "shoddy charging and high premium", many users also have doubts about the increasingly high price and cost of down jackets, thinking that buying down jackets is to pay "IQ tax". This time, the Korean E-Land Group hit the muzzle of the gun.

As public opinion continued to ferment, E-Land issued an apology statement on its official Weibo on the morning of February 10. The statement said that the penalty was due to the ingredients in a style of ELAND products that did not meet the product standards stated on the product. Regarding the cost of 75 yuan, Yilian's apology statement explained that "this incident made consumers mistakenly believe that the processing cost of the ELAND brand is the total cost of goods."

The cost of a down jacket, of course, cannot be limited to simple fabrics, down, costs, etc., such as design, warehousing, logistics, taxation, sales and other links, all involve costs.

Clothing market is quiet after the Spring Festival

In previous years, before and after the Spring Festival, with the discount promotion of winter clothes, the spring clothes came on stage, and the major supermarkets were very lively. But in recent days, although many shopping malls and clothing stores in the city have accounted for 80% of the spring clothes, there are very few buyers.

In a shopping mall on Leshan Avenue in the urban area, a large number of winter clothes have been cleared for sale. Promotional cards such as "buy one get one free", "big clearance", and "30% off" can be seen everywhere. "A year ago, I saw the price of this down jacket was 999 yuan. It was too expensive to buy. After the festival, I saw that the price was reduced to 499 yuan, so I bought it without hesitation." said Mr. Cao, who was buying clothes. 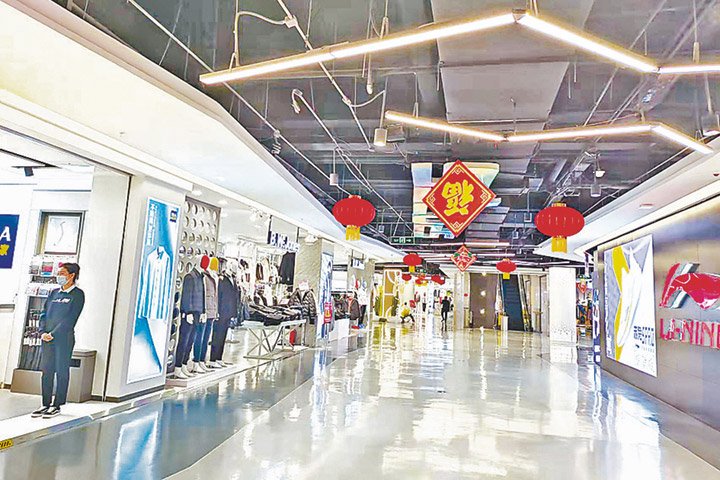 Many merchants said that after the Spring Festival, the winter clothing in the store will be fully cleared. On the one hand, it is to return the funds, and on the other hand, it is also to make room for the upcoming spring clothes.

In a large supermarket on Zhonghua Avenue in the urban area, various brands of winter clothing are doing promotions, but there are very few buyers. A customer wandering in the women's clothing section said: "Let's take a look at this year's fashion trends and be optimistic about buying online."