Weekly Quotes | There is a wide range of rain and snow under the severe cold, and Ruixue is a good year / meat ducks are entering the peak season for slaughtering, and the supply of raw wool is strong

Before the Spring Festival, the meat duck market entered the peak period for slaughtering, which increased the supply of raw wool again, and drove the price of duck feathers to fall. Many washing plants and traders took advantage of the situation to start purchasing and storing.

The export situation of down and down in December was better, which shows that there is still a certain demand for high-quality raw material plush.

The decision to host the summer edition this year is the result of active voting by exhibitors and industry partners, and the first manufacturers and brands have already confirmed their participation. Lenzing Group's head of global business development said that finally being able to connect with global trade again in one central location, for home textiles, the look and feel of a product is very important. 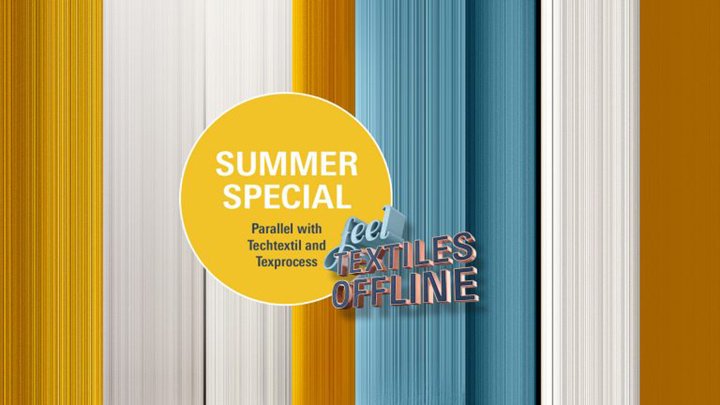 It is worth noting that the Frankfurt home textile exhibition held this summer is "one-time Summer Special", and is held concurrently with the two textile technology professional exhibitions TECHTETIL and TEXPROCESS.

By then, exhibitors and buyers will benefit from valuable synergies between the three international trade fairs. Techtextil covers the entire range of technical textiles, functional apparel textiles and textile technology; Texprocess showcases the latest machinery, equipment, processes and services for apparel manufacturing as well as textile and flexible materials.

Duck prices in many places enter a loss range

When consumers are paying attention to the price of pigs, the price of meat duck can't hold it anymore, and it has entered a loss range. Starting in 2022, meat duck prices in many regions will continue the downturn in the second half of 2021 and continue to decline.

"Now the duck industry is generally facing losses." A relevant person in charge of a listed company said that in terms of cost, the price of meat ducks is divided into two parts, accounting for 88% of the breeding cost and 12% of the slaughtering cost. According to the current feed price, the cost of a 6-pound duck is about 22 yuan, and the roughly estimated cost per catty is 3.67 yuan. There is basically no profit margin.

Consumer sentiment is declining. Meat duck is mostly used as a snack food supply, and the epidemic restricts offline consumption scenarios, resulting in a significant reduction in the consumption of meat duck. Taking Zhou Hei Ya, which mainly sells products such as duck necks, as an example, its operating income in 2019 was 3.2 billion yuan, which will plummet to 2.1 billion yuan in 2020. 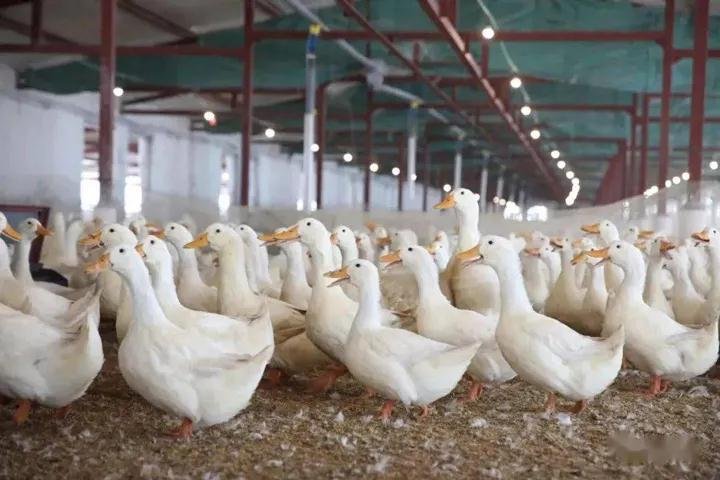 Different regions have different demands for meat duck products. The market in the northeast region prefers duck head, while the market in the southwest region has a soft spot for duck blood and duck intestines. According to industry analysts, this also limits the supply range and substitution ability of meat ducks to a certain extent, and it is also prone to regional overcapacity.

"The maturity of the meat duck industry is now 5 to 10 years behind that of broiler chickens." According to the relevant person in charge of New Hope, the scale and methods of breeding are behind broiler chickens. However, in recent years, the scale of the meat duck industry is rapidly increasing, breaking away from the traditional extensive methods such as aquaculture in the past, and seeking advanced industrial breeding models such as cage breeding.

However, some industry experts pointed out that the price of duck meat and duck products has a low correlation with pork, while chicken is relatively high. The recent drop in duck prices has little to do with live pigs, and is mainly due to the supply relationship and market mentality. Compared with live pigs, the cycle of meat ducks is relatively short, and it cannot be ruled out that there will be an increase in the short term.

From November 1, 2021, small, medium and micro manufacturing enterprises will postpone the payment of some taxes and fees in the fourth quarter of 2021.

"The phased tax deferral policy this time has a wider scope than last year, allowing medium-sized enterprises like us to enjoy the preferential tax deferral of 50% tax payment for 3 months in a timely manner, and the tax deferral amounted to more than 3 million yuan, which greatly eased the The pressure on corporate capital turnover.” Recently, Manager Yao, the financial director of Nanjing Meihua Down Products Co., Ltd., was full of praise for the new tax deferral policy. 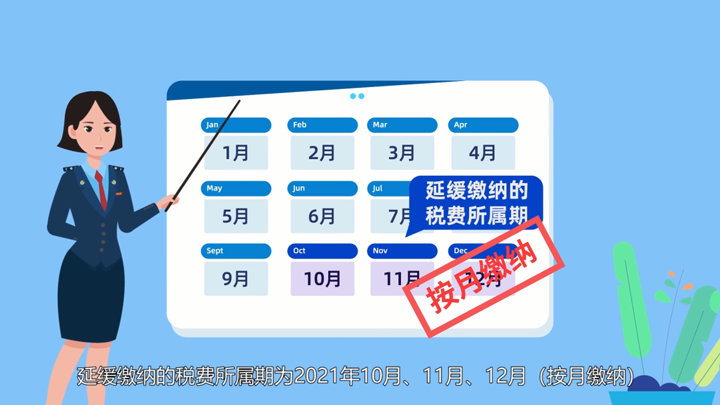 The person in charge of finance of Jiangsu Donghang Down Products Co., Ltd. in Shuyang County said, "The sales of down products around the Spring Festival is the peak period every year. The tax payment of 1.82 million yuan is deferred, which effectively solves the problem of tight funds at the end of the year. We can postpone the payment of this amount. Taxes and fees are invested in the procurement of raw materials during the Spring Festival season, and the layout is made in advance to fight a beautiful end-of-year battle.”

"Deferred payment of taxes and fees is equivalent to the state granting us a short-term interest-free loan for free when the company was in the most difficult time. It's really heartwarming!"

Myanmar clothing orders are transferred to Cambodia, my country's down exports to Cambodia have increased significantly

Senior leaders of the garment industry in Cambodia and Myanmar pointed out that since February 2021, due to the economic and political turmoil in the country, manufacturing orders have been transferred to Cambodia.

The Deputy Secretary General of the Garment Manufacturers Association of Cambodia (GMAC) said investors did come in 2021, but it was unclear whether this would lead to further factory relocations.

A member of the Central Executive Committee of the Myanmar Federation of Chambers of Commerce and Industry (UMFCCI) believes that the transfer of garment business to Cambodia has nothing to do with the current political situation.

He also said that Myanmar’s production quality is higher than that of Cambodia, and he hopes these advantages will reduce the outflow of orders from Myanmar, but he does not know how many orders have been transferred to Cambodia.

The export volume of my country's down and feathers to Cambodia has also greatly increased under this circumstance. In 2021, my country will export a total of 129,902 kilograms of down to Cambodia, an increase of 223% over 2020 and an increase of 196% over 2019. 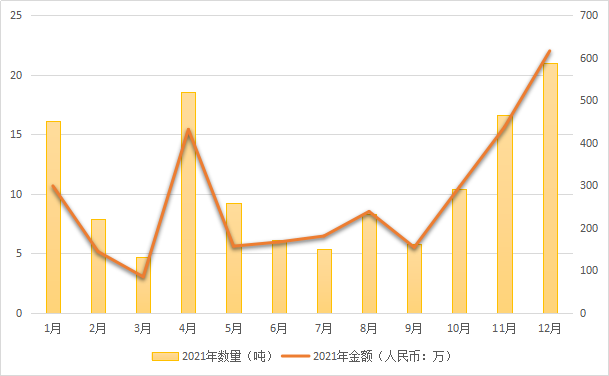 At present, Myanmar's ongoing economic problems have made the wages of garment workers low, and the World Bank estimates that Myanmar's economy will decline by 18% in 2022. A top Yangon union executive said the lack of orders has led to mass layoffs in the garment industry, and many workers have returned to their hometowns or to Thailand to work.

Tonga volcano eruption caused 'year without summer'? To be verified

On January 15, weather satellites captured a violent volcanic eruption in the Tonga Islands in the South Pacific. On the cloud map animation, a large amount of gas entrained smoke and dust to form a huge mushroom cloud visible from space, and the momentum even overshadowed the active tropical cyclone in the south.

The rapid spread of true and false news has further increased global concerns about "the possibility of disasters caused by the eruption of the Tonga volcano". Among them, there is the so-called "year without summer" - a large amount of volcanic ash erupted into the stratosphere, and volcanic ash aerosols have long-term The inability to settle creates a parasol effect, causing a drop in global temperature.

In April 1815, Indonesia's Mount Tambora awoke, and the most powerful volcanic event since the 19th century erupted, with an index of 7. This event caused the global climate to become cold, and in my country, the county annals of Pengze County, Jiangxi recorded that "the north wind was cold in late June, especially on the 29th day and night, and the next morning, Jiudu and Haoshan saw snow." Therefore, this phenomenon is called "the year without summer".

But at present, it seems that the eruption of Tonga volcano is not as good as the previous eruption of Mount Pinatubo and Mount Tambora, so the possibility of "year without summer" needs further scientific demonstration. And so far, there has been no official warning from relevant professional scientific research institutions around the world.

There is also a view that the Tonga volcanic eruption will cause the current weak La Niña climate to end prematurely, and even lead to El Niño, making the north prone to abnormally warm winters.