Weekly Quotes | Working in the industry for more than 20 years, this year is the most difficult!

The Spring Festival is approaching, garment factories and down factories are approaching or already on holiday, and domestic sales of finished down products are only sporadic. However, in terms of foreign trade, since RCEP has come into effect and Japan, South Korea, Europe and the United States are facing severe cold weather, the shipment situation is acceptable, but it has not had a decisive impact on the down market.

Recently, local epidemics have occurred in Shaanxi, Henan, Tianjin and other places in my country, and the Omicron variant has also brought new challenges to epidemic prevention. The epidemic has affected consumption, and because of the low contract profits, there is a strong feeling of rejection at the breeding end. Many slaughterhouses have introduced a double-limit (limited seedling price, limited delivery cost) policy.

And the "March 9" that should have been very cold has passed without being too cold. The third day of April 9 will usher in the "Great Cold" solar term. For many areas in the south, this is the coldest solar term, and rain, snow, wet and cold may be the theme of the weather.

Down jacket OEM revenue hit a record high in December

Taiwan down jacket foundry - Guangyue - revenue in December 2021 was 1.487 billion yuan, a new monthly high; Guangyue expects that the visibility of orders in hand has reached the second quarter, and it is optimistic that the first quarter of 2022 will also be expected to get rid of the traditional The off-season has become the most prosperous first season in history.

Guangyue pointed out that the cold air is raging in North America and Europe, so that the demand for down jackets continues to rise. Guangyue's performance in the fourth quarter of 2021 has obviously turned from weak to strong, and a large number of shipments will be made in November and December 2021. 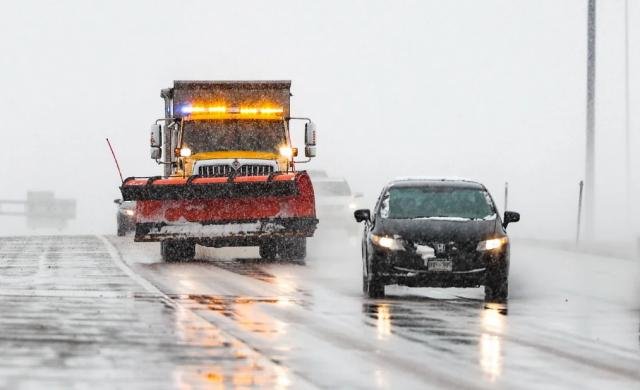 However, due to the delay of most major international ports and air transport airports, Guangyue said that there are still some finished product shipments delayed until January 2022, and the orders in hand are safe, so it is expected that the operation in the first quarter of 2022 will still be "Booming off-season".

Another big Taiwanese garment OEM, Juyang, pointed out that in 2022, the number of U.S. customer orders in hand will show an overall increase compared to 2021, including GAP among the top five brand customers, and cooperation with the largest retailers in the United States such as Target, Kohl's, etc. Manufacturers and orders have resumed growth momentum, and with the addition of new customers, Juyang's production capacity in the first half of 2022 is full.

Concerned about health care, a large number of post-90s generation began to snap up down jackets

According to data released by Vipshop recently, a large number of people born in the 90s have begun to buy down jackets. 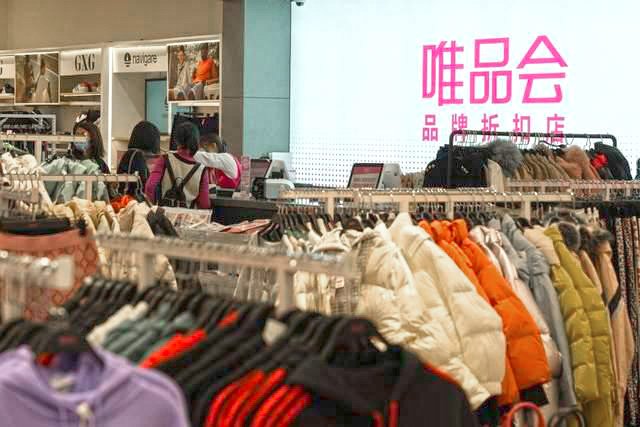 The post-90s are clearly aware that even if they pursue fashion, they cannot be shivering when the cold wave comes.

Due to the loss for two consecutive years, a large number of small and medium-sized hatcheries have been unable to continue to maintain normal production and operation activities. Only a few large-scale incubators can continue to produce and operate, but their production capacity has also been greatly reduced. 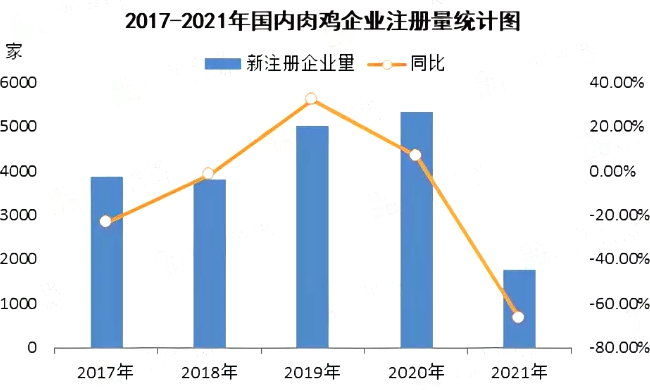 Taking the broiler breeding industry as an example, according to industry statistics, from 2017 to 2020, the new growth of domestic broiler enterprises showed a trend of shock and increase, but it began to decline in 2021, with a year-on-year decline of more than 65.00%.

From this point of view, breeding poultry breeding and hatching enterprises have to remove at least 30% to 40% of their production capacity before it is possible to restore the price of poultry products to above the profitability level.

The same is true for poultry farming. Although the number of meat and poultry breeding enterprises has decreased significantly in the past two years, and the end products have also decreased accordingly, the price has been tepid, and only a few enterprises with high breeding efficiency have made small profits.

Working in the industry for more than 20 years, this year is the most difficult! A down jacket manufacturer pressed 100,000 pieces of inventory

"I have been in the clothing industry for more than 20 years. This year is the worst year for the clothing industry. There are still nearly 100,000 pieces of clothes lying in the warehouse. The wages of the employees cannot be paid, and now they can only sell at a loss." Haining Law Yang Hua, general manager of Loren Clothing Co., Ltd.

He said that in 2021, affected by two rounds of epidemics, the clothing wholesale market is facing a large number of back orders, limited electricity, rising raw materials, etc., and has encountered the "cold winter" of the clothing industry. In 2021, the factory produced Of the 150,000 clothes, there are still 100,000 in stock, only a third of which are sold. 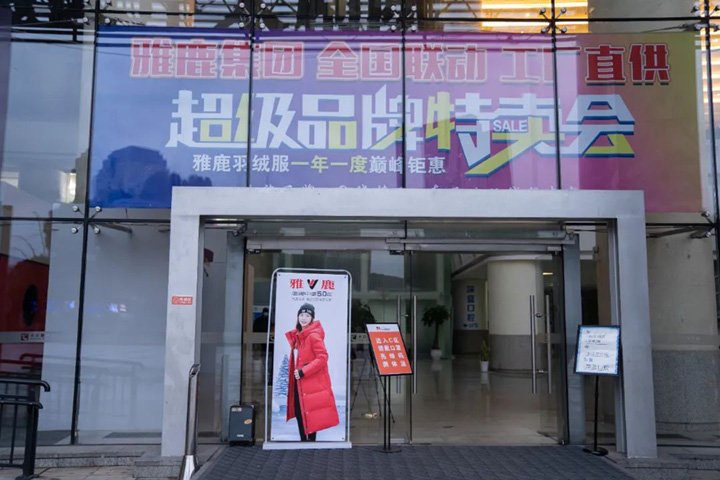 At the "Yalu Super Brand Sale" on the second floor of the Gold Coast Grand Theater in Hangzhou West Lake Cultural Plaza, there are many Yalu down jackets, as well as some good-quality woolen coats, leather jackets, etc. The prices are all 199, 299, and 399. The price was marked, but not many people came to buy clothes.

Yang Hua said that October is the time for winter coat stores to stock up, and many wholesalers will come to buy goods, and they will take a lot of goods, all in tens of thousands of pieces. However, in October 2021, the epidemic happened again and again, wholesalers There was no way to come, and the local stores could not operate normally; in the peak season of terminal sales in December, the epidemic situation in Zhejiang Province also became serious, few people went shopping, and the business of offline stores was bleak. 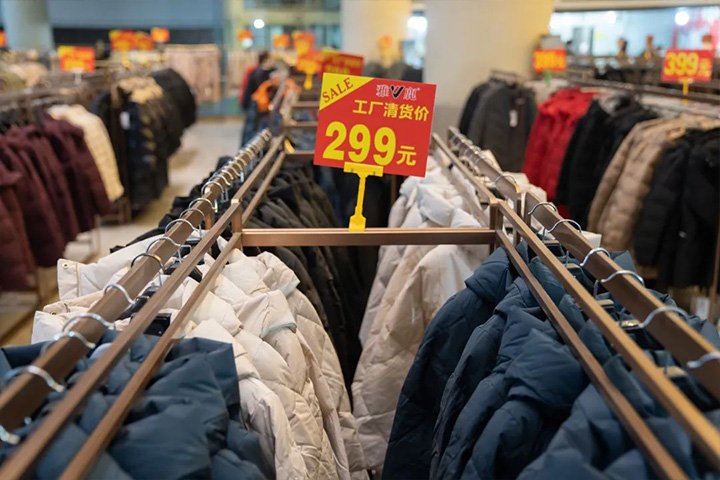 Yang Hua said that about 5-6 partners returned orders, and the total number of clothes was 30,000-40,000. "There was a wholesaler in Lanzhou who asked us to order 10,000 down jackets in July and usually pick up the items in September, but he never came. In the end, he only took more than 1,000 pieces, and the remaining 9,000 pieces were all changed. into my inventory.” 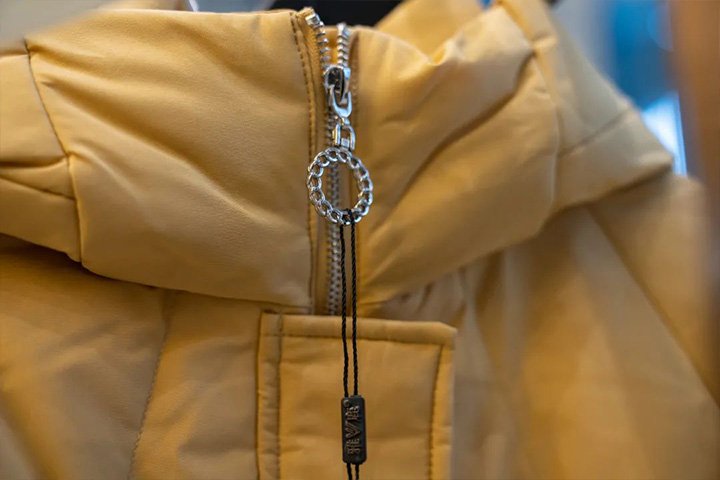 Apart from the employee company, what Yang Hua is most worried about is that the capital chain is broken, and the factory will not be able to survive. Next year's production will be a big problem.

According to the "Nihon Keizai Shimbun" reported on January 12, under severe cold weather, down jackets are selling well in China. This situation, coupled with the unexpected challenges faced by the animal husbandry industry, has caused the price of raw materials to rise sharply. These changes in the Chinese market may have global implications.

The report pointed out that the primary reason for down jackets selling well is the cold weather. The China Meteorological Administration said in December 2021 that due to the La Niña phenomenon affecting the world, the temperature this winter is likely to be lower than in previous years, and there have been four cold waves from September to November 2021. 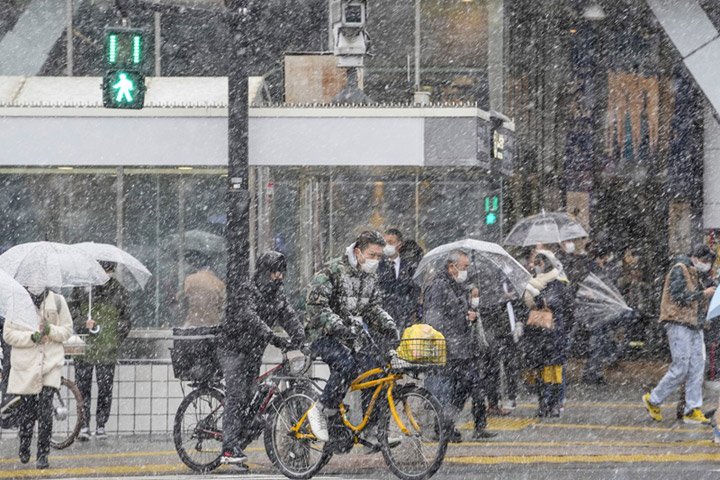 However, the climate is only a short-term factor that sells down jackets, and there are long-term factors behind it.

According to the analysis of the Huajing Industry Research Institute, the penetration rate of down products in China was less than 10% in 2018, which is not as high as the penetration rate of 35% to 45% in developed countries in Europe and the United States, while rural areas in China have been used to winter with heavy leather jackets and padded jackets. After the income increased, they gradually began to accept light and warm down jackets. 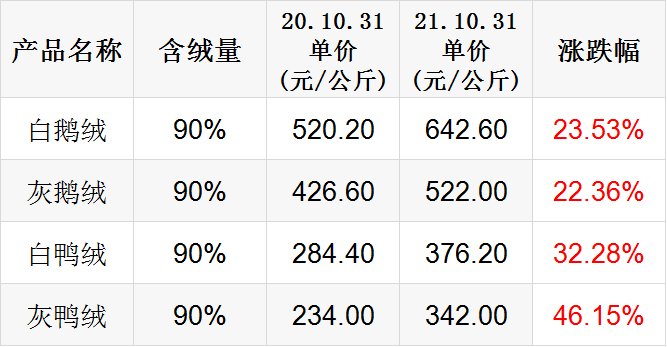 China's total exports of down and feathers account for more than 40% of the global total, ranking first in the world. Therefore, changes in China's domestic demand may have an impact on the global apparel industry.

According to the report, in recent years, a large amount of down jacket content has appeared on the rapidly developing short video platform in China. In addition to introducing the versatility of down jackets, it also includes the characteristics of high quality and easy maintenance of down jackets.