Weekly Quotes | The cold wave once again escalated, and sales of winter clothing rose quietly; duck stocking was greatly reduced, and the supply of raw materials was tight

The current season is supposed to be the peak sales season for down jackets, but due to the warm weather, clothing manufacturers have even discounted sales in advance. Under this circumstance, the market for finished down products is naturally sparsely traded, and manufacturers and practitioners are also eager to pay back due to the shortage of funds, causing the transaction price to drop sharply.

As the Spring Festival is approaching, the breeding poultry farm has entered a period of suspension of seedlings and the slaughterhouse has entered a period of parking. The current duck stocking capacity has been reduced by 60-80%. The slaughter of ducks on the supply side is losing money, and the terminal shipments in the market are slow. It can be said that the overall restrictive effect of the duck breeding industry is still very large, and the supply of down raw materials is also in a tight trend.

With the arrival of the final cold wave in 2021, the market has some optimistic expectations. Unfortunately, the Central Meteorological Observatory predicts that the temperature in most parts of the country will remain high in early January. In addition, export data in November showed that Vietnam was importing down from my country on a large scale, and down jacket manufacturers also indicated that their orders were full. However, due to the impact of the "Omicron" epidemic, the future of foreign markets is still uncertain.

The cold wave warning escalates, the freezing line will be pressed to the northern part of South China

The "2021 Chinese Astronomical Almanac" shows that the "Winter Solstice" solar term is ushered in at 23:59 on December 21st, Beijing time, and the coldest "several nine cold days" of the year have arrived.

Recently, the Central Meteorological Observatory has successively issued yellow warnings for cold waves. On the 24-26th, there will be a cold wave affecting the central and eastern regions of my country. The temperature will drop by 6-10℃, and the local temperature will reach 14℃. 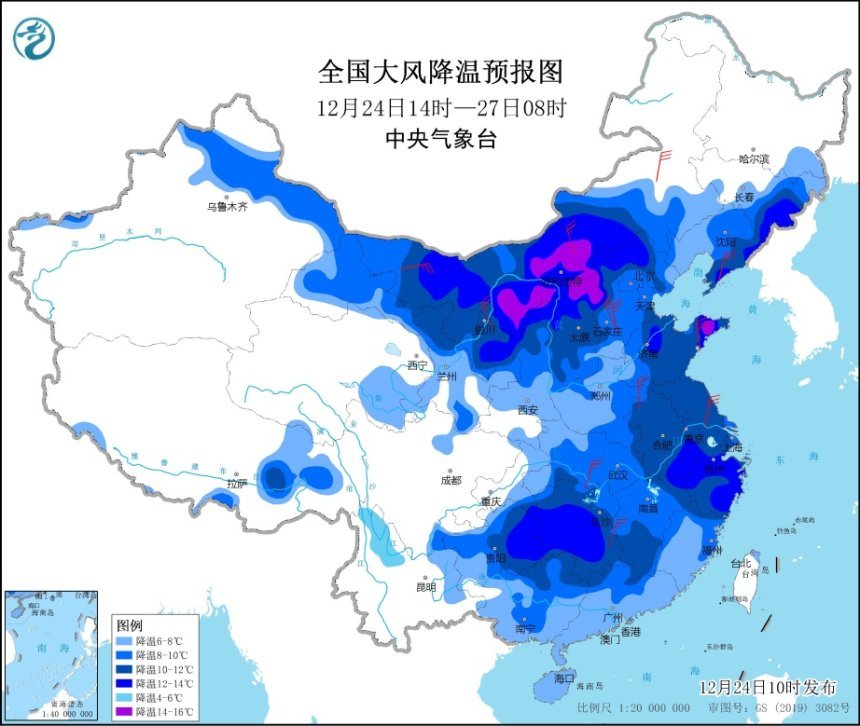 On 27-28, the lowest 0℃ line will be located in the northern part of South China to southern Guizhou. There will be rain and snow in the central-southern part of North China and most of its south. In late December, the average temperature in most parts of the country was 1 to 3°C lower than the same period of the year.

But at the same time, the Central Meteorological Observatory predicts that in early January 2022, except for the northern part of Northeast China, most of Tibet, and central and western Yunnan, the temperature is 1 to 2°C lower than normal in most other regions of my country. ℃.

Winter clothing sales increased, and down jacket sales accounted for 61.20% 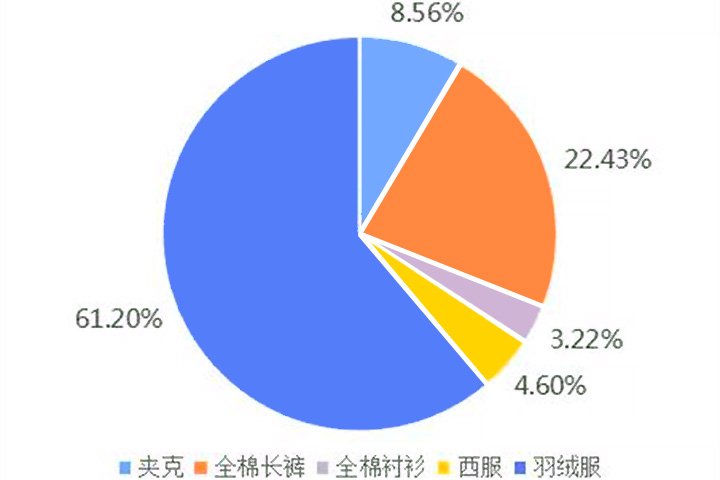 In the second half of the year, as the end of the year, merchants will cut prices to clear inventory, and the Changshu menswear price index will remain stable by then.

This year's Spring Festival is relatively early, starting from January 3 to the twelfth lunar month. However, under the epidemic situation, the whole market does not have much New Year atmosphere and improvement. With sufficient pork supply, weak duck products and price cuts, cold storage companies are again facing multiple pressures from overstocking of frozen products, impairment of inventory products, and operating losses. 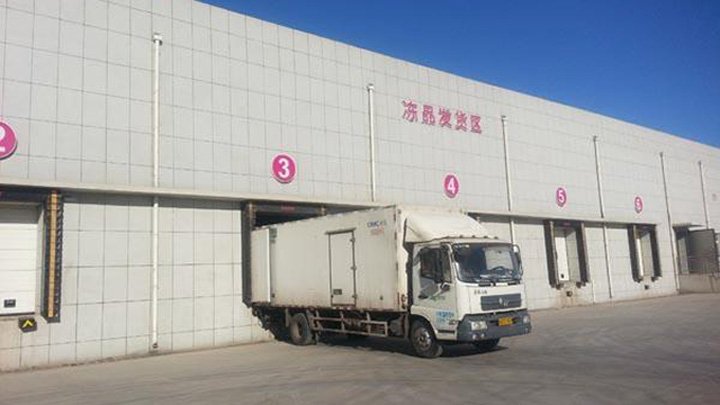 After entering November, the domestic epidemic situation continued to spread, leading to a downturn in the consumer market, and consumption expectations and actual consumption were very different; the products produced in November were not completely digested, resulting in nearly 10 to 15 days since December for market-side customers. The goods are not positive.

Oversupply, coupled with the fall in the price of substitute pork, has caused duck products to be at a loss.

On the same day, the United States also reported the first case of death after being infected with Omicron. The deceased was in his 50s and had not been vaccinated against coronary disease and had potential health problems.

The rapid spread of the Omicron mutant strain caused concern. On December 20, local time, the U.S. stock market suffered a black "Monday." As of the close, the three major US stock indexes collectively closed down. The Nasdaq fell 1.24%, the Dow fell more than 430 points, and the S&P 500 fell 1.14%.

International oil prices fell sharply by nearly 6% in intraday trading on Monday, the largest drop since the end of November, as the new crown virus Omi Keron raged in Europe and the United States, prompting some governments to implement restrictive measures, damaging the prospects for crude oil demand.

Faced with the strong attack of the virus, the Netherlands became the first EU country to re-enter a severe nationwide blockade. In response to the epidemic situation in the UK, Germany and France also tightened their anti-epidemic policies. 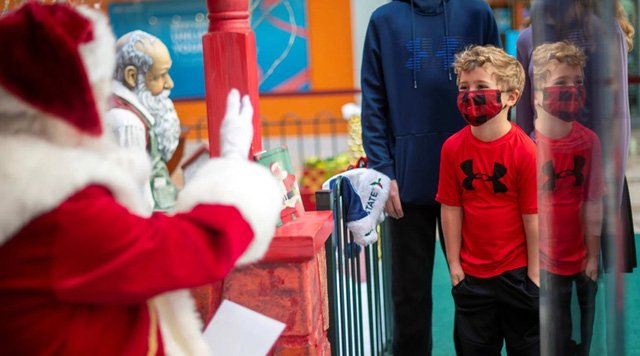 The epidemic is raging, coupled with the blockade measures in many European countries, European people are doomed to have a difficult Christmas this year, which has caused many businesses to worry about the sales of Christmas products this year. From vacation service providers to bars and theaters, businesses have witnessed a wave of cancellations.

Recently, after the information dissemination of the new crown virus was discovered on "part of the drivers and goods engaged in transporting goods to China", China has adopted very strict anti-epidemic measures, which has led to a sharp decline in the capacity of cargo clearance at the border port of Lang Son Province in Vietnam.

On December 21, the Dongxing Epidemic Prevention and Control Headquarters notified that there was a new confirmed case of new coronary pneumonia in the city. According to the needs of epidemic prevention and control, starting from the 21st, cargo inspection and travel inspection at Dongxing Port will be suspended. 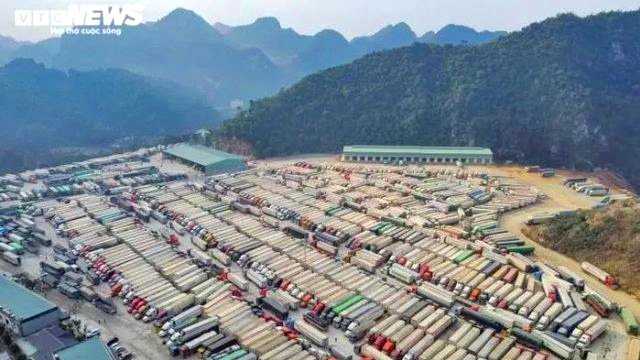 According to Vietnamese media reports, in the past few days, a large number of trucks have been stranded at the Sino-Vietnamese border crossings, causing huge economic losses to freight companies and complaints from truck drivers.

According to statistics, as of December 21, about 6,200 trucks were stranded at the China-Vietnam border port waiting for customs clearance, which is equivalent to 12,000 people (including the main driver and deputy driver) gathered at the Sino-Vietnam border port, of which Lang Son Friendship Port has the most stranded vehicles , For 4598 vehicles.