Affected by the continuous heavy rains this summer, agriculture and animal husbandry in Henan Province have been severely hit, and the farmland in the flood storage and detention area has no harvest.On the whole, the supply of feed will be significantly affected in the short term, which in turn will undermine the enthusiasm of the poultry farming industry and significantly reduce the supply of raw materials for down.

However, there is still uncertainty about the impact of rain on feed. Many grains that have been harvested and are being stored are soaked in water, and feed companies can be contacted and converted into feed.

The substantial reduction in the supply of down and feather raw materials also comes from blocked imports. Facing the challenge of a new round of epidemics overseas, the customs has tightened its responsibilities for prevention and control. According to statistics, Vietnam's down and feather imports through Guangxi in July decreased by 59% compared to May.

Monday:The prices of all categories have risen

Thursday:The prices of all categories have risen

Down jacket import and export statistics (July)-export growth has slowed down, and imports have increased significantly

Export situation of men's down jackets in the past 13 months 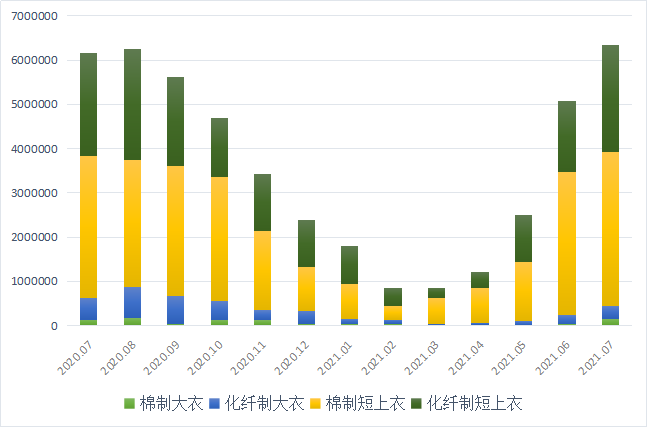 Export situation of women's down jackets in the past 13 months 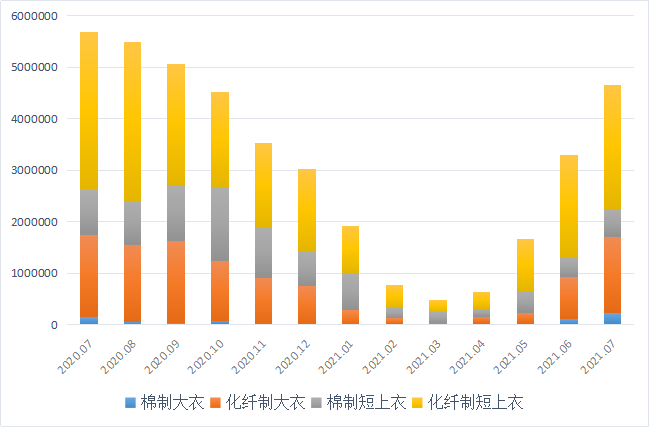 Tariffs loosened by China and the United States? KatherineTai: A comprehensive assessment is being conducted to formulate a flexible trade policy

The Office of the United States Trade Representative (USTR) website reported on August 24 that KatherineTai, the U.S. Trade Representative, held a video conference with the U.S. Chamber of Commerce China Center Advisory Committee and the U.S.-China Business Council on the 24th to discuss US-China trade issues.

KatherineTai pointed out that the Biden administration and the Office of the US Trade Representative are conducting a comprehensive assessment of US-China trade policies. KatherineTai acknowledged the great significance of the trade relationship between the United States and China and emphasized that a comprehensive strategic assessment will be conducted to formulate flexible trade policies.

Although recognizing the importance of Sino-US trade relations, KatherineTai also stated that the Office of the United States Trade Representative is committed to dealing with the so-called "China's unfair trade policies and non-market practices", which he believes harms the interests of American companies and workers.

On August 5th, more than 30 most influential American business groups from retailers, chip manufacturers, farmers, and other fields, including the National Chamber of Commerce in the United States, issued a voice warning that if they continue to impose tariffs on Chinese goods, they will Will drag down the U.S. economy.

Since the second half of 2020, the global ocean freight rate has been soaring, and the rate of freight from Asia to the United States has increased particularly strongly. Therefore, the hot market and high freight rates of the U.S. route continue to attract new players!

Following CU Lines, BAL Container Line, and Neptune and Ali, another company called Singapore Marine Shipping has made its debut.Its container ship PINOCCHIO (Pinocchio), loaded with more than 1,000 containers, sailed out of the third-phase terminal of the Nansha Port Area of Guangzhou Port! 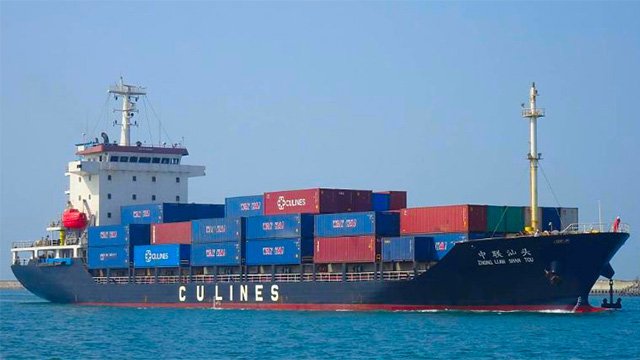 It is understood that the ALX route is the first US-West express route opened by Marine Shipping in the Nansha port area. Initially, 6 4900TEU-6350TEU container ships will be used for biweekly operation, and will be upgraded to weekly operation in the future. The port sequence of the route is Nansha, Ningbo, Long Beach, and Nansha.

With the addition of new liner operating companies and continued overtime ships, the freight rates from China to the West Coast of the United States have recently shown a downward trend. Industry analysts generally believe that it is normal market feedback and the beginning of healthy market competition!

Recently, freight rates on the West Coast of North America have dropped from US$20,000 to US$15,809. With the substantial increase in the capacity of overtime shipping on the U.S. line, the market freight has generally fluctuated around 16,000 US dollars, and a large number of existing cabins known as "beautiful prices" have poured into the market!

The market is getting weaker? Down jacket fabrics are still selling well

The survey found that the market seems to be a bit weaker this week, as weaving manufacturers’ grey cloth shipments have decreased, and traders’ orders on hand are unsustainable. Although the survey results this week showed that the operating rate of most of the looms in the sample companies was fully opened, the operating rate dropped to 70% in the overall market. 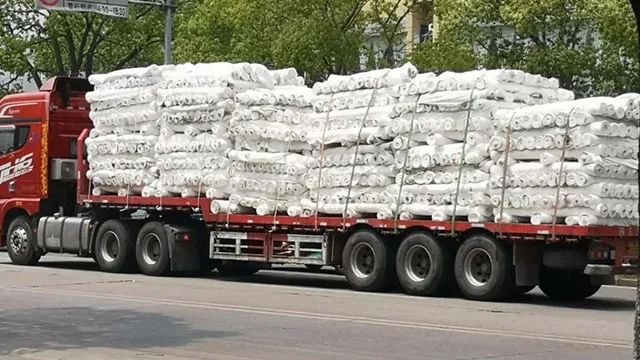 Mr. Shi, a weaving manufacturer that mainly produces pongee, nylon and memory-like weaving, said: "The company mainly makes these conventional autumn and winter fabrics. Although the market is indeed very weak, these fabrics are not bad, and there is still a certain amount. So the machine is always fully open."

Manager Wang of a nylon product manufacturer revealed: "The two specifications of 380T and 400T nylon spinning are relatively hot recently, but the market is particularly hot because the quality is low. Our company focuses on orders. Recently, I feel that orders are increasing. At this time, nylon spinning is almost getting better."

A boss also revealed that in addition to nylon spinning, 300T pongee is also better, and it is also used to produce down jackets. Recently, orders received are all for this fabric.