Weekly Quotes | The production of farms has dropped sharply, and the price of feathers has remained firm

Faced with losses for more than ten consecutive months, since the end of the second quarter of this year, the duck breeding industry has initiated self-rescue measures. Many farms have drastically reduced production, and some have even stopped production directly. Therefore, feather prices can remain firm despite the reduction in raw materials.Due to the relationship between the epidemic and heavy rains, the feather enterprises in Jiangsu, Henan and Hebei are under greater pressure and transactions are flat.

Under the influence of the new crown epidemic, overseas textile and garment factories have limited processing and production. Now some overseas customers are actively contacting domestic companies to shift orders to Chinese production.The return of overseas clothing orders has brought opportunities to domestic clothing manufacturers, but also brought no small challenges. The prices of textile raw materials such as cotton, polyester, viscose, etc. have increased to varying degrees, and there are also some overseas customers. Request bundled orders.

Tuesday:Price rise of white duck down

On August 1, in Tahe County, Daxinganling, Heilongjiang, the lowest temperature was only 9℃.Residents said that even wearing down jackets, cotton trousers, and cotton shoes, they still do not feel warm.

The staff of Tahe County Meteorological Bureau in Daxinganling, Heilongjiang stated that the reason for the low temperature was the influence of typhoon "fireworks". The continuous rainfall in Tahe County, due to the heavy rainfall and the lack of sunshine, caused the temperature to be particularly low in these two days. 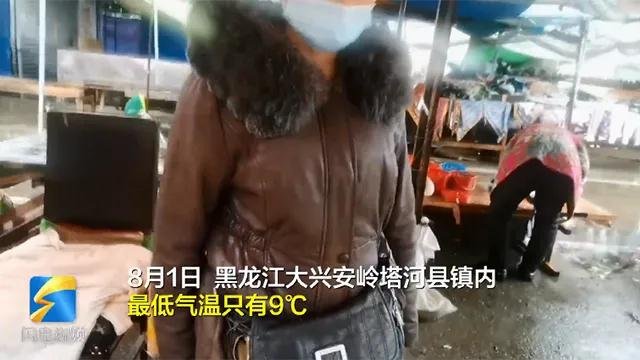 In this regard, the staff of the Bureau of Meteorology also said that this situation is relatively normal, and low temperature weather has occurred during the dog days in previous years.

In Taiqian County, Puyang City, 300 kilometers away from Zhengzhou, the workers of Oberno Clothing are all busy.

The proprietress of Oberno Apparel went into battle in person and was cutting the pockets for a batch of down jackets exported to Japan. “Export orders generally require a little higher.” The proprietress told reporters that after finishing these export orders, they will no longer accept exports. , We must fully engage in domestic sales.

When the reporter asked where these down jackets were sold, Yang Jibin said with a smile, "Look at how many elderly people in China are now, and you will know where the sales of this list are and how much they are."

"Delta" is expected to usher in special effects!

At present, the most concerned about the world is undoubtedly the delta mutant strain. Since its discovery in India at the end of 2020, this strain has quickly swept the world and has become the most prevalent strain at present. Recently, confirmed cases have appeared in many places across the country, and the new crown virus has infected more than 200 million people worldwide.

好The news is that on August 4, the new crown vaccine companies Sinopharm Sinopharm and Kangtai Biotechnology announced effective methods against the Delta strain, including vaccines, monoclonal antibodies and other prevention and treatment methods.

Sinopharm Group, China Biotech, said in a paper that the research team has recently discovered an effective monoclonal antibody against the delta variant, with a neutralizing activity IC50 of up to 5ng/ml. This means that the treatment of new coronary pneumonia is expected to usher in a special medicine! 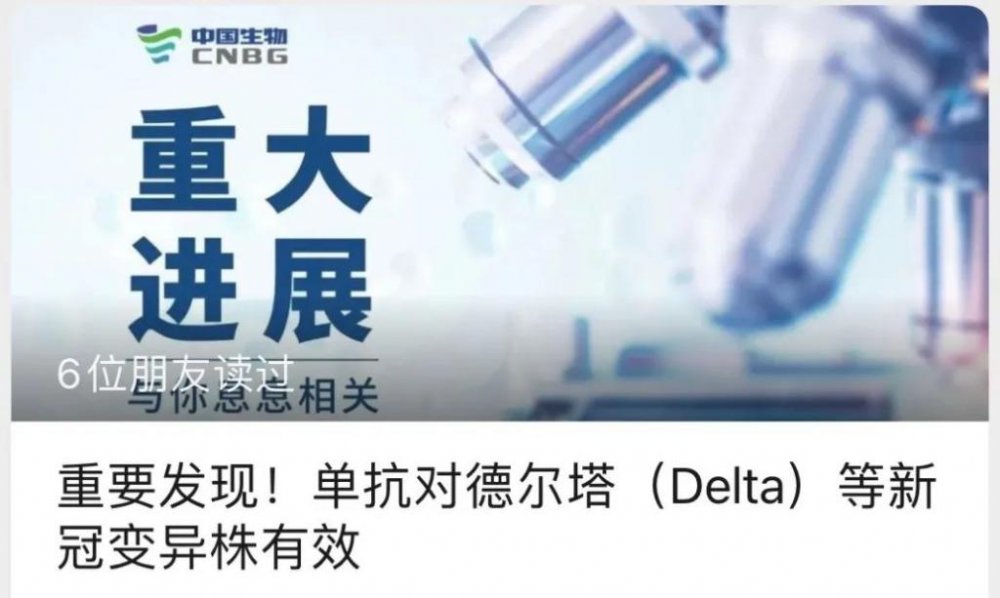 Another new crown vaccine company, Kangtai Biological, also announced that its company has made progress in its research and development projects for new crown virus variants. It has successfully isolated multiple "delta" variants monoclonal virus strains recently, and will follow strictly in accordance with the quality of human vaccines. It is required to evaluate the strains and screen the virus species for vaccines, so as to lay the foundation for the large-scale industrialization of vaccines.

Ministry of Transport: The problem of shortage of containers has been alleviated, and the freight rates of major routes in most neighboring countries have been higher than that of my country

At the regular press conference held by the Ministry of Transport on July 29, the spokesperson of the Ministry of Transport Sun Wenjian said that after many efforts, the number of spaces invested by major liner companies in the first half of this year has increased significantly. For example, the capacity of North American routes increased by 55% over the same period in 2020, and the capacity of European routes increased by 30%. In June, the shortage of empty containers in my country's major ports was 1.4%, a decrease of 12.2 percentage points from the beginning of the year.

"This shows that the shortage of empty containers has been effectively alleviated." Sun Wenjian believes.

"At present, the freight rates of major routes in most neighboring countries are higher than that of our country." Sun Wenjian also said that in response to the many problems currently faced by the maritime industry, the Ministry of Transport has taken measures in conjunction with the Ministry of Commerce and other ministries to ensure smooth shipping in my country.

In the next step, the Ministry of Transport will continue to work with the Ministry of Commerce and other departments to implement measures related to stabilizing foreign trade to ensure the stability and smooth flow of the international logistics supply chain.