Weekly Quotes | The epidemic in many countries around the world has worsened / August may bid farewell to the off-season!

Last week, the customs released the foreign trade statistics for June this year. Although the export of down raw materials has reached a new high, the situation reflected is not optimistic.With the epidemic spreading again, the demand for down in South and Southeast Asian countries fell by 28.8% month-on-month compared to May.The United States has the intention of placing orders in advance. Although the number of imports in June is astonishing, there is no guarantee that it will perform again afterwards.

In terms of down apparel exports, perhaps it has entered a peak period. Reflected in the market, the market continued to rise from April to June. The foreign trade situation of down garments this year is worth looking forward to.

Back in China, on July 20, a super heavy rain in Zhengzhou affected the hearts of countless people.But as the society restored order and residents resumed their normal lives, the merchants in the Zhengzhou underground shopping mall were hit by a blow-a large number of soaked down jackets were brought back to the ground. How to deal with contaminated down jackets, or will become the focus of the next topic.

An unexpectedly severe cold in the southern hemisphere. Is this a sign of a major drop in temperature?

The earth in 2021 is really amazing, and extreme weather phenomena can be said to be very obvious. Among them, the high temperature records in North America have been repeatedly refreshed, and the surface temperature in Death Valley, California, USA has risen to 81 degrees.

The southern hemisphere has also been hit by extreme cold currents, which can be said to be very intense. According to the South African National Meteorological Service on the evening of July 23, local time, the lowest temperature in many places in South Africa has broken historical records. 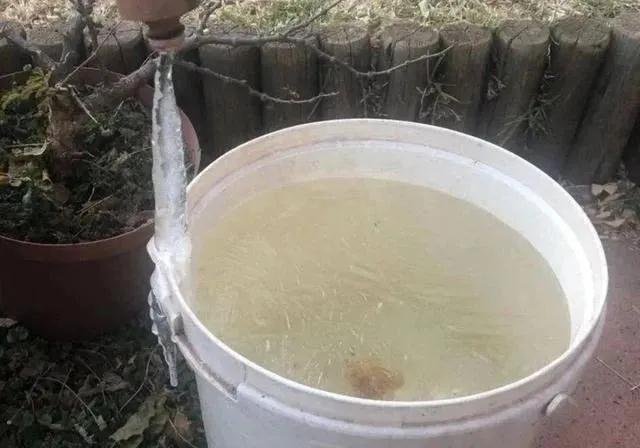 And this year, Brazil’s main coffee-producing areas were hit by severe cold weather after experiencing an abnormal drought in the first place. In a normal year, the average temperature in these areas should reach above 20°C, but this year it drops below 0°C. The market is worried that the severe cold weather will cause a large-scale reduction in coffee production in Brazil. The New York futures price of high-quality Arabica coffee beans once rose to a new high since 2014.

On the evening of July 28, the sudden snowfall brought a lot of joy to the residents of Rio Grande do Sul. People have taken to the streets to have snowball fights, build snowmen, and enjoy this rare world of white snow. A local resident said: "I am 62 years old. This is the first time I have seen snow."

According to the forecast of the Brazilian Meteorological Department, the temperature in some areas will continue to drop in the next few days, among which Paraná and Santa Catarina states may usher in snow. This historic cold wave may be "one of the strongest cold waves in Brazil of this century", and it will also affect several provinces in Uruguay and Argentina.

The autumn and winter orders are beginning to stir, and August may say goodbye to the off-season!

Recently, a four-sided bomb called Seoul Incline started to catch on. According to the manufacturer's response, the inventory has been robbed, and the factory is currently working hard to replenish the stock. In addition to the Seoul oblique four-sided stretch, there is also a composite yarn stretch cloth called the British oblique on the market.

The common characteristics of these two fabrics are not only elastic but also heavy. This shows that orders for the second half of the year have started, and the weather vane is dominated by thicker stretch fabrics. 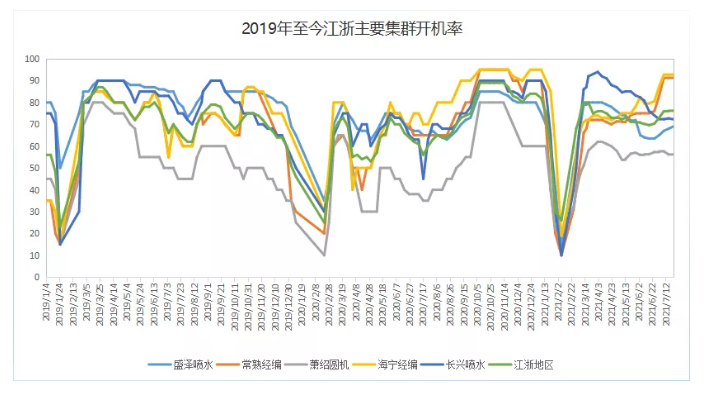 August is approaching, the off-season is gradually receding, and some orders have begun to be placed one after another. Some grey fabrics of autumn and winter fabrics have improved, such as high-density and fine-denier nylon spinning, polyester spinning, and pongee spinning. In addition, elastic stretch fabrics are currently the best-selling varieties.

At the same time, a number of textile clusters ushered in a recovery in operating rates. According to the sample data monitoring of Silkdu.com, the running rate of water jet and air-jet looms in Shengze area has rebounded from 1% to 69% from last week. Haining, Changshu and other places have risen significantly, which has exceeded 90%. The reason for this phenomenon is not only the recent improvement in the delivery of grey fabrics, but also the optimistic expectations of the industry in the second half of the year.

The Nanjing mutant "Delta" has spilled, and the source of this round of epidemic has been identified!

On the 26th, Jiangsu notified that 39 new local confirmed cases had been added. In addition to the 10 cases of spillover, nearly 100 people have been associated with the epidemic in Nanjing as of this writing. 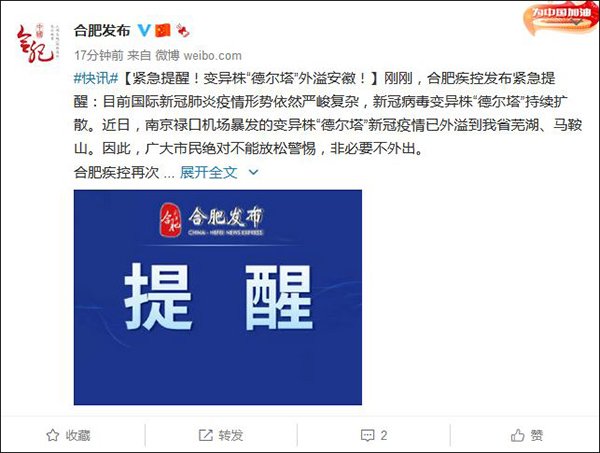 On the same day, Hefei Disease Control issued an urgent reminder: The current international situation of the new crown pneumonia epidemic is still severe and complicated, and the new crown virus mutant strain "Delta" continues to spread. Recently, the mutant strain "Delta" that broke out at Nanjing Lukou Airport has spilled over to Wuhu and Ma'anshan in Anhui Province.

On July 30, the 10th Nanjing epidemic prevention and control press conference was held. Ding Jie, deputy director of the Nanjing Center for Disease Control and Prevention, introduced that the current round of the epidemic in Nanjing is the same transmission chain, and the source is the CA910 flight from Russia to Nanjing Lukou It was diagnosed early at the airport that the cleaners participated in the cleaning of the flight, and these cleaners were also responsible for the garbage removal of domestic and international flights.