Weekly Quotes | Down jacket sales are cold, but factory production is hot / demand for down jacket fabrics is heating up, but the number of orders is still limited / new infectious diseases? Hundreds of U.S. birds die bizarrely

Recently, the demand for fabric linings of down jackets has been heating up, and the number of customers for inquiries from textile enterprises has increased, but the actual number of effective orders is limited.At the same time, the purchase-as-you-go purchasing method of apparel companies still makes it difficult to increase demand.

Under the dual pressure of capital and inventory, the number of down manufacturers who cut prices and promote sales has gradually increased.However, it should be noted that this year's raw material supply side has reduced significantly, which means that once downstream demand increases, the market may move upwards immediately.

A well-known down jacket manufacturer placed a large order for 5 million meters of fabric, and the demand for down jacket fabric linings is heating up

"Now there is an order for 5 million meters from a well-known clothing company in the market, and no manufacturer has dared to accept it. This order is mainly 400T PONGEE..." said a textile boss in Shengze.

It is understood that the company is a well-known down jacket manufacturer in China, and 400T PONGEE is also the fabric for autumn and winter down jackets. Because of this, such enterprises will have very high requirements for fabrics. 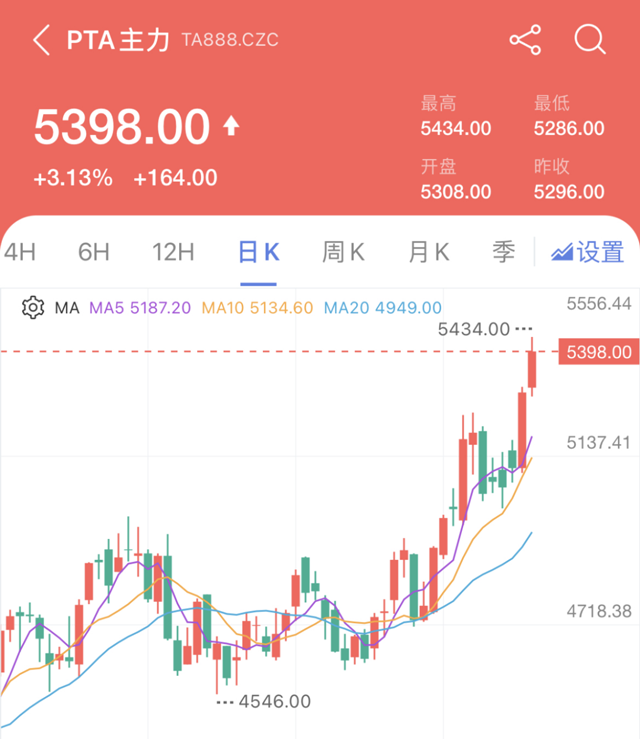 "Usually speaking, a loom can make a profit of more than 50 yuan per day based on the market price for this piece of fabric, and the order price given by the well-known clothing company is 4.3-4.5 yuan per meter, so that one loom per day can be calculated. Can have a profit of more than 100 yuan." Said the above-mentioned textile boss.

The rise in oil prices has become a "domino", and polyester raw materials, textile raw materials, fabrics, etc. have ushered in price increases, and many products have reached their highest values during the year.However, the textile market is still in the off-season, downstream orders are still scarce, and how long the price increase out of terminal demand can last is still unknown.

The temperature in Hangzhou is soaring, the sales of down jackets are cold, but the production side is full of firepower

"It depends, sometimes two or three pieces are sold a day." On the day when the highest temperature in Hangzhou reached 37 degrees, the sales staff of several down clothing stores were surprisingly consistent. Compared with the "hot sale" of last winter, the down jacket specialty stores in midsummer are very few.

In fact, summer is the concentrated node of anti-season marketing for down jackets. According to industry insiders, most brands will clear the inventory of last year during this period to reduce inventory pressure.However, after random interviews, it was found that nearly 80% of consumers do not accept counter-season consumption.

Brands that focus on down jackets have long recognized the limitations of seasonal items and also know that off-season sales are not sustainable. 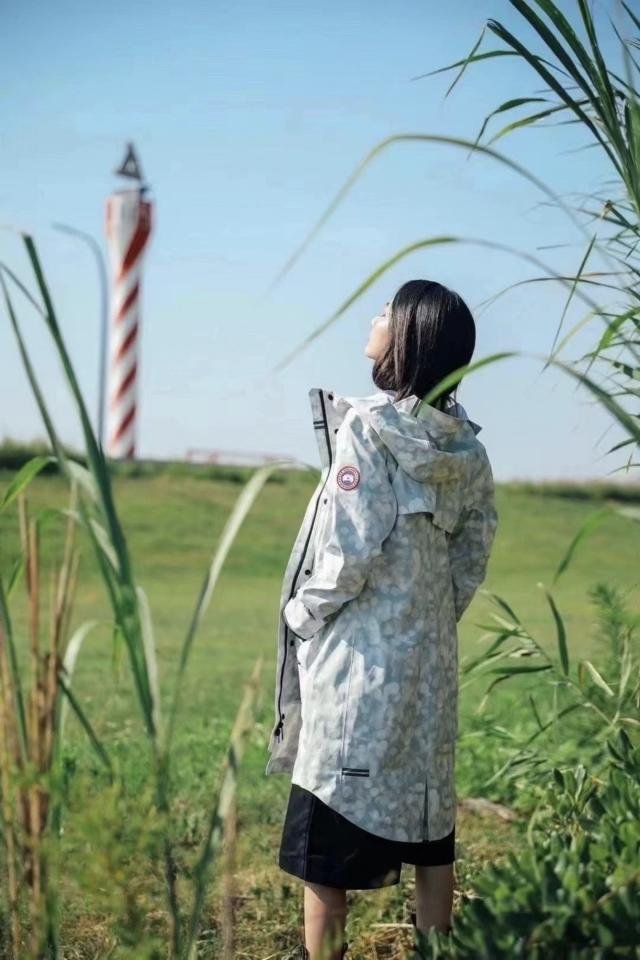 In the past few days, the Canadian Goose Hangzhou Building boutique has pushed out a lot of lighter and thinner jackets and waterproof jackets to subvert the heavy image in everyone's impression.According to statistics, as early as ten years ago, Canada Goose made "expanding product categories" its top priority. After testing raincoats, windbreakers and knitting series, the brand will launch footwear products for the first time this year.

Domestic down jacket brands are also stepping up their summer business. In the Bosideng store on Jingtan Road, in addition to two rows of lightweight down jackets, the store displays sunscreen clothing and short-sleeved T-shirts launched this summer; Wulin Yintai's brand store also gave the C position to summer items.

On various social platforms, the controversy over Bosideng’s summer items is mainly reflected in the price. Many netizens believe that the unit price is higher than 300 to 500 yuan. “Compared with the brand that specializes in sunscreen, the cost performance is much lower.” Some customers say so.

The temperature is approaching 40 degrees, the sales of down jackets are cold, but the production side is full of firepower.

"Down jackets are usually on the market in the fall. The products of the season are generally sold from September to the first month of the second year. Some factories start production at the end of April and start production later in June." An industry insider who has been engaged in the apparel industry for more than 20 years said , Now is the busiest time for the factory.

In the factory of Hangzhou Kezhen Import and Export Co., Ltd., more than 300 workers are processing various styles of down jackets in the factory. Wang Ruyuan, the relevant person in charge of the enterprise, said: "Basically, the production line has never stopped throughout the year, and the monthly production volume It's 20,000 to 30,000 pieces. The most recent order is 8,000 pieces."

The down jackets produced by Kezhen were supplied to foreign trade in the first half of the year and sold domestically in the second half of the year. They are the suppliers of international luxury products MaxMara and Zegna (Zegna). Wang Ruyuan also mastered the popular colors of down jackets this winter: "I found that these brands let us do The down jackets are dominated by camel and coffee, and this year's more popular green is not uncommon."

Strong demand in the United States has pushed up freight rates soaring! Estimated product import prices will rise by 2%

Industry insiders pointed out that since the beginning of this year, problems such as shortage of ships, shortage of containers, shortage of labor and port congestion have been superimposed. In addition, Europe and the United States have successively unblocked the market in June and opened the mode of explosive buying. In addition, the market will enter the traditional peak season in the third quarter, and demand far exceeds With the supply of transportation capacity, the above all drove the transportation price skyrocket.

With the successive adjustments of freight rates by major shipping companies around the world in July and August, if additional costs such as peak season surcharges, fuel costs, and cabin purchase fees are included, the current freight rate from the Far East to the East of the United States can reach US$15,000-18,000/ The FEU and Western US routes have also exceeded US$10,000/FEU, and the freight rate of the European routes is about US$15,000 to US$20,000/FEU.

According to OECD estimates, if international shipping prices remain at their current high levels throughout 2021, it will cause product import prices to rise by about 2%. 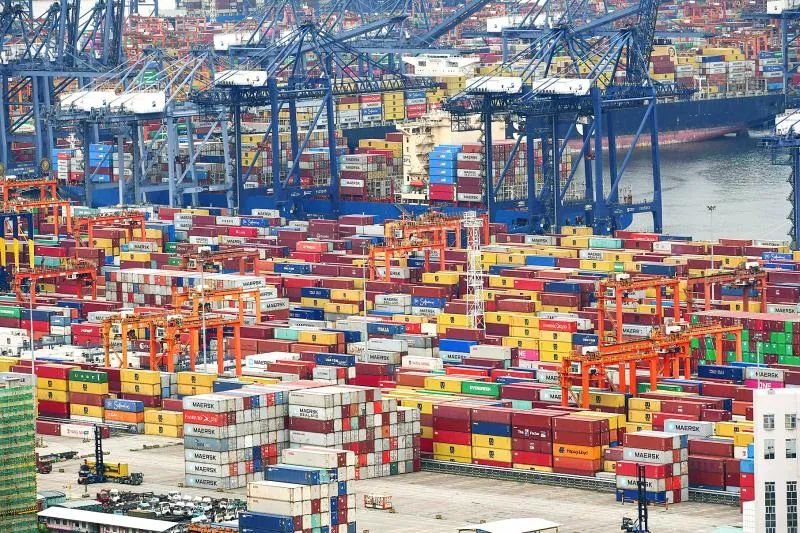 The Federation of American Retailers (NRF) estimates that as retailer inventories are still at a low point in the past 20 years, the strong demand for restocking will continue to push up the freight rate. Sales in May of this year were 388.6 billion U.S. dollars, the second highest level on record.

Consulting firm Hackett Associates is optimistic that the U.S. container imports will reach more than 29 million TEU in 2021, a substantial increase of 14.5% over 2020. This move will benefit Asian producing countries such as China, Japan, and Vietnam.

NRF Chief Economist Kleinhenz said: "It is clear that the U.S. economy and retail are growing at a much faster rate than anyone expected a few months ago. With the reopening of the economy, we have not only seen months of pent-up demand bring The unprecedented growth of China has also seen the momentum of continued growth."

New infectious diseases appear? Hundreds of birds died strangely in many places in the U.S.

Recently, dozens of mysterious deaths of birds have occurred in the Mid-Atlantic area of the United States, and relevant departments are trying to find out the cause of their deaths.

According to the National Public Radio (NPR) report on the 2nd, the specific symptoms of dead birds include neurological symptoms such as swollen or crusted eyes and dizziness. Lisa Murphy, associate professor of toxicology at the University of Pennsylvania School of Veterinary Medicine, said: "So far, all research results are either inconsistent or inconclusive." 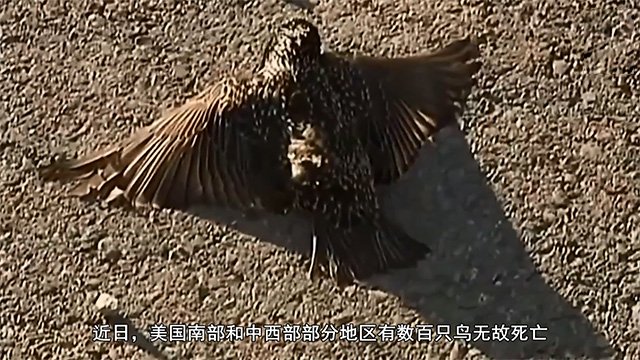 Local authorities have banned residents from feeding birds. At the same time, wildlife officials encourage people who have found sick birds to call wildlife agencies to allow pets and children to avoid contact with sick or dead birds.

According to a report on the website of “Agricultural News” on July 2, Quang Ninh Province’s Breeding and Veterinary Bureau announced that the H5N8 avian influenza virus was detected in 3 samples collected from chickens. 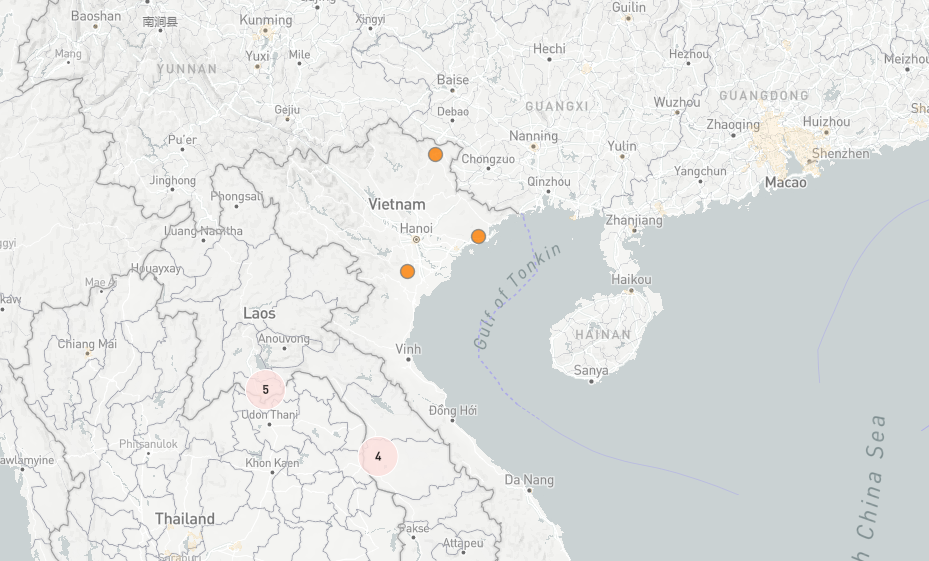 The Ministry of Agriculture and Rural Development of Vietnam notified OIE that 3 cases of H5N8 highly pathogenic avian influenza have occurred in Vietnam. The outbreak occurred in Anshui County in Heping Province, Gaoping City in Gaoping Province, and Hengpu County in Quang Ninh Province. 7355 poultry were suspected of being infected, of which 3,100 became ill, 1,400 died, and 5,955 were killed and disposed of.

According to the person in charge of the branch, this is the first detection of the H5N8 virus in Vietnam. The virus can cause zoonotic diseases and is therefore more harmful. It should be noted that Gaoping City in Gaoping Province almost borders Guangxi Province. The outbreak occurred in Sønderborg, Southern Denmark, and it was confirmed on July 5, 2021. The source of the epidemic is unknown or uncertain. Laboratory tests revealed that 38,000 birds were suspected of being infected, of which 198 died.

According to the Albanian "Daily News" report on July 7 local time, an outbreak of bird flu occurred in the village of Ade under the jurisdiction of the city of Fer in the southwest of the country. 120 infected raw chickens have been killed and burned.

This is the first outbreak of avian flu in the district of Fair City. A few years ago, bird flu outbreaks occurred in the country’s capital, Tirana, Korca, and Erbasan. On June 8 this year, an avian flu epidemic occurred in 3 cities including Albania, and it immediately spread to some villages in other surrounding cities.