Weekly Quotes | ​The price of white goose down steadily rises, reaching the historical high price since 2015

With the dissipation of the domestic epidemic, consumers' purchasing power of clothing has risen sharply, and the clothing industry has continued to recover. In this year's 6.18 e-commerce shopping festival, the sales of clothing increased by 70% year-on-year, and some down wear brands also achieved unexpected sales results; According to the customs data, the export trade of down garments has been growing for two months, and it is expected to reach the peak smoothly from July to August.

The recent good momentum in the recovery of foreign trade has pushed the price of white goose down to rise steadily, reaching the historical high price since 2015. Down and feather exports in May of this year, under the weight of the three mountains of raw material costs, exchange rates and sea freight, still achieved results that exceeded expectations, ranking second in the past 12 months, second only to October last year.

Pinghu's down jackets sold more than 30 billion in sales

As the live-streaming delivery model is getting more and more popular, Pinghu's down jacket merchants have started off-season sales at this time, and their business is booming!

Liu Shikai, general manager of Zhejiang Crozi Fashion Clothing Co., Ltd., said that now, more than one thousand pieces can be sold every day.In the first half of previous years, all down jackets were placed in warehouses, and sales pressure was relatively high. 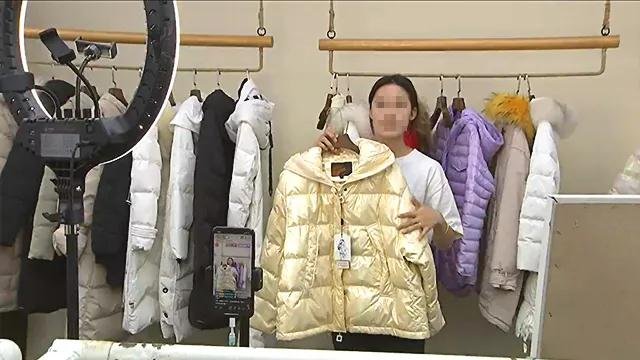 Since last year, Dongfang Yingxiu Clothing Co., Ltd. has transformed into a live broadcast of "Tik Tok".This year, the company has set up its own live broadcast team, with dozens of staff, 7 or 8 anchors, with as little as 3 or 4 games per day, with 3 hours of live broadcasting each time, with sales reaching millions of yuan at most.

At present, the output of down jackets in Pinghu City has accounted for 50% of the country, with online and offline sales exceeding 30 billion yuan.With the promotion of live broadcasts, online sales of Pinghu down jackets have gradually formed a normalized promotion channel.

To the team's surprise, the final sales exceeded 47 million, which far exceeded expectations. 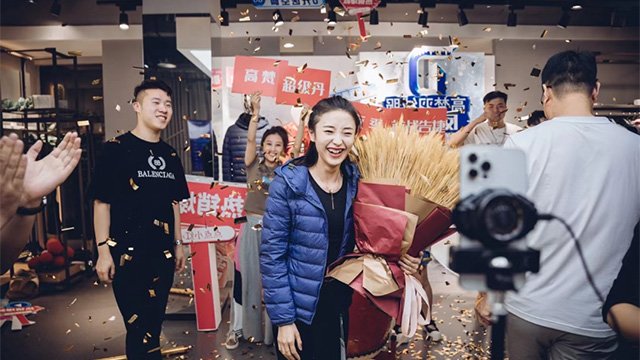 This year, "GOLDFARM" will continue to explore C2B in-depth customization cooperation with the top anchor, and plan to cooperate with "Super Dan" to reach a sales target of 1 billion GMV (total turnover). At the same time, it will launch the brand self-broadcasting business from July to August.

Yantian Port will be fully restored from June 24!

On June 22, the Shenzhen Municipal Government Information Office held a press conference on epidemic prevention and control.According to the report, the current daily throughput of Yantian Port has exceeded 27,000 TEUs, and it is expected to basically return to normal production levels on June 24.

As the most important international port in South China, the operation of the Yantian Port Area has attracted much attention at home and abroad.During the epidemic prevention and control period, the backlog of heavy container trucks outside the Yantian port area continued to increase, which had a certain impact on the port area and surrounding traffic, import and export. 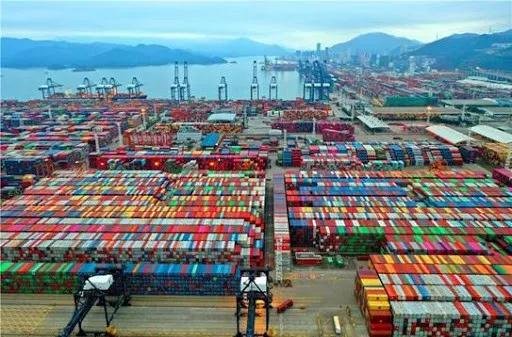 It is understood that in the next step, Yantian District will continue to optimize the container truck booking entry system with Shenzhen Transportation, Traffic Police, and Yantian International, and establish a normalized long-term mechanism to ensure the smooth flow of the international logistics supply chain for imports and exports via Yantian Port. Promote the transformation of Yantian Port Area into an intelligent and smart port, and promote the construction of Yantian into an international shipping hub and offshore trade center.

India's mutated strain swept across many countries and escalated again, but its people are still gathering in the Ganges to bathe, and the risk of China's textile foreign trade orders has surged

The World Health Organization stated on the 21st that the mutated strain of the new coronavirus "Delta" first discovered in India has now spread to 92 countries around the world.It has also caused epidemics in Guangzhou, Shenzhen and Dongguan recently.In addition, according to data released by the United Kingdom on the 19th, in the past 24 hours, there were 10,321 newly diagnosed cases of new coronary pneumonia in the United Kingdom, and more than 10,000 cases were reported for the third consecutive day.

But recently, a new variant of the new crown strain "Delta-plus" has emerged in India.Maharashtra State Health Minister Rajesh Topp said on the 21st that in the past week, at least 21 confirmed cases of "Delta+" infection were detected in the state.

However, what is more worrying is the attitude of the Indian people towards the epidemic.On June 20th, local time, hundreds of people gathered on the banks of the Ganges River in Hardwar, Uttarakhand, on the occasion of the Hindu festival, the Ganges Ten Victory Festival, ignoring epidemic prevention regulations.A similar situation occurred in Faruhabad, Uttar Pradesh, India. 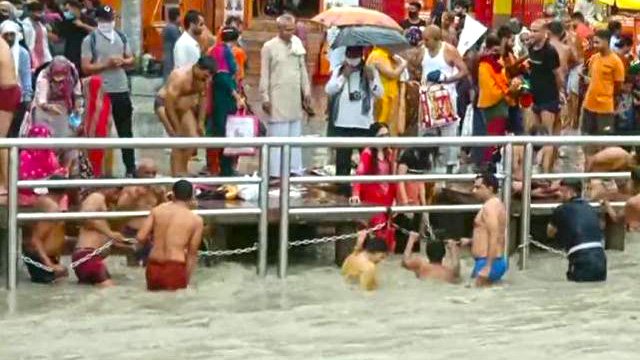 The outbreak of the overseas epidemic is not good news for the textile industry in the off-season.According to a person in charge of a foreign trade textile company, their orders are mainly from European clothing brands. Last year, due to the epidemic, orders were reduced by about 50%, but this year’s foreign trade orders were not as good as last year, and there was a 30% drop on the basis of last year.

Textile companies that have received orders are also worried.Another foreign trade company introduced that they have finally received a large order recently. The nearly one million-meter four-sided elasticity will be exported to the European market. However, after hearing that the epidemic situation in Europe has worsened, they are a little worried that the order will not be shipped smoothly, and then futures. It is also difficult to get back in time.

Allied Home, an American home textile company, has launched what is believed to be the first GRS logo recycled down bedding to be marketed in the United States.

This kind of bedding series called RENU:700, down is recycled from the bedding used in Germany, Italy, Russia and North America. Afterwards, it is thoroughly cleaned and disinfected with environmentally-certified detergents in Allied Home's factory. Obtain regenerated down that is elastic and strong and meets the most stringent hygiene and quality standards. 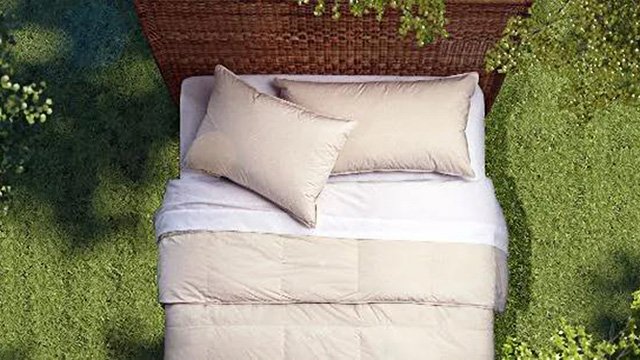 Allied Home’s recycled down has a bulkiness of 700FP, and the pillows and quilts produced are sufficient to achieve a balance of comfort and support. For the fabric, 233 certified organic cottons are used, and the product has obtained GRS (Global Recycling Standard) certification.

The company said that consumers are more and more accepting of recycled products, and the company will continue to work hard to develop products that are more in line with environmental standards and values to meet consumer needs.

Affected by the sudden rise of the Fed's hawkish views, global commodities have experienced a significant decline in recent days.

On the same day, the Bloomberg Commodity Spot Index, which measures the overall performance of the market, plummeted 3.6%, the largest one-day drop in the past 14 months, while soybeans and platinum wiped out all the gains during the year.

However, the well-known investment bank Goldman Sachs has put forward a firm and bullish view, and believes that "the short-term decline brought about by the Fed in this round" is a good buying opportunity for investors. 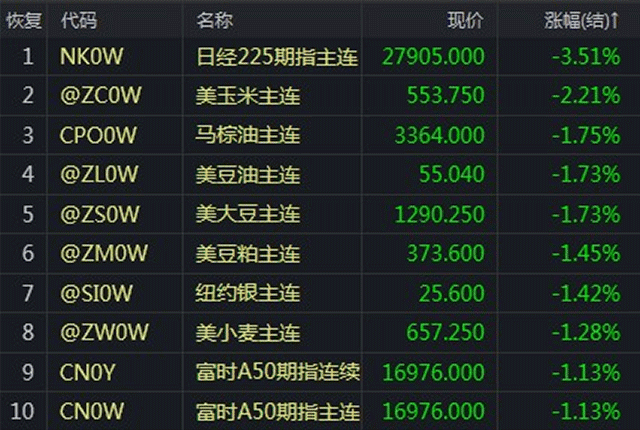 Goldman Sachs analysts stated in a research report: “The view of bullish commodities has nothing to do with inflation risks and the Fed’s policy outlook, but is related to scarcity and strong demand for commodities.” Among various commodities, Goldman Sachs is most optimistic about crude oil.

As far as steel and other construction materials are concerned, even if the demand in the Chinese market may weaken in the second half of the year, the demand in other countries and regions will rise, which in turn will push up commodity prices.